Kozak said he was interrogated on October 3. 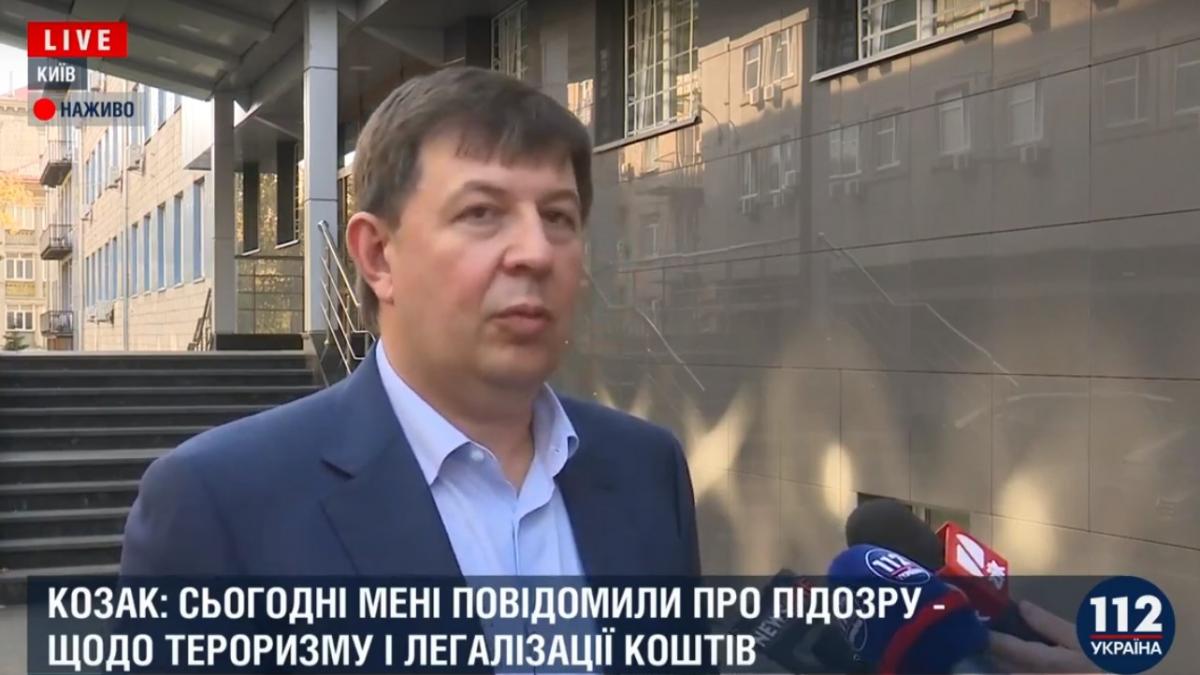 Owner of 112 Ukraine, NewsOne, and ZIK TV channels, MP from the Opposition Platform - For Life Party Taras Kozak has said he has been notified that he is suspected of financing terrorism.

"I have been interrogated today under three articles. The first one is terrorism, the second one is sponsorship of terrorism and the third one is money laundering," he said on 112 Ukraine, according to the Ukrainian news outlet Glavred.

Kozak added the investigators were also interested in a Russia-Ukraine TV link-up announced by the Ukrainian NewsOne TV channel and the Russian propaganda Russia-1 TV channel in July 2019. The event was announced but did not take place over the public's reaction.

The National Television and Radio Broadcasting Council on September 26 decided to revoke a 112 Ukraine digital license.

If you see a spelling error on our site, select it and press Ctrl+Enter
Tags:News of UkraineUkraineterrorismfinancingtelevisionchannelNewsOne