Members of the Last Checkpoint movement heading to the town of Zolote to prevent the disengagement of troops were stopped by police. 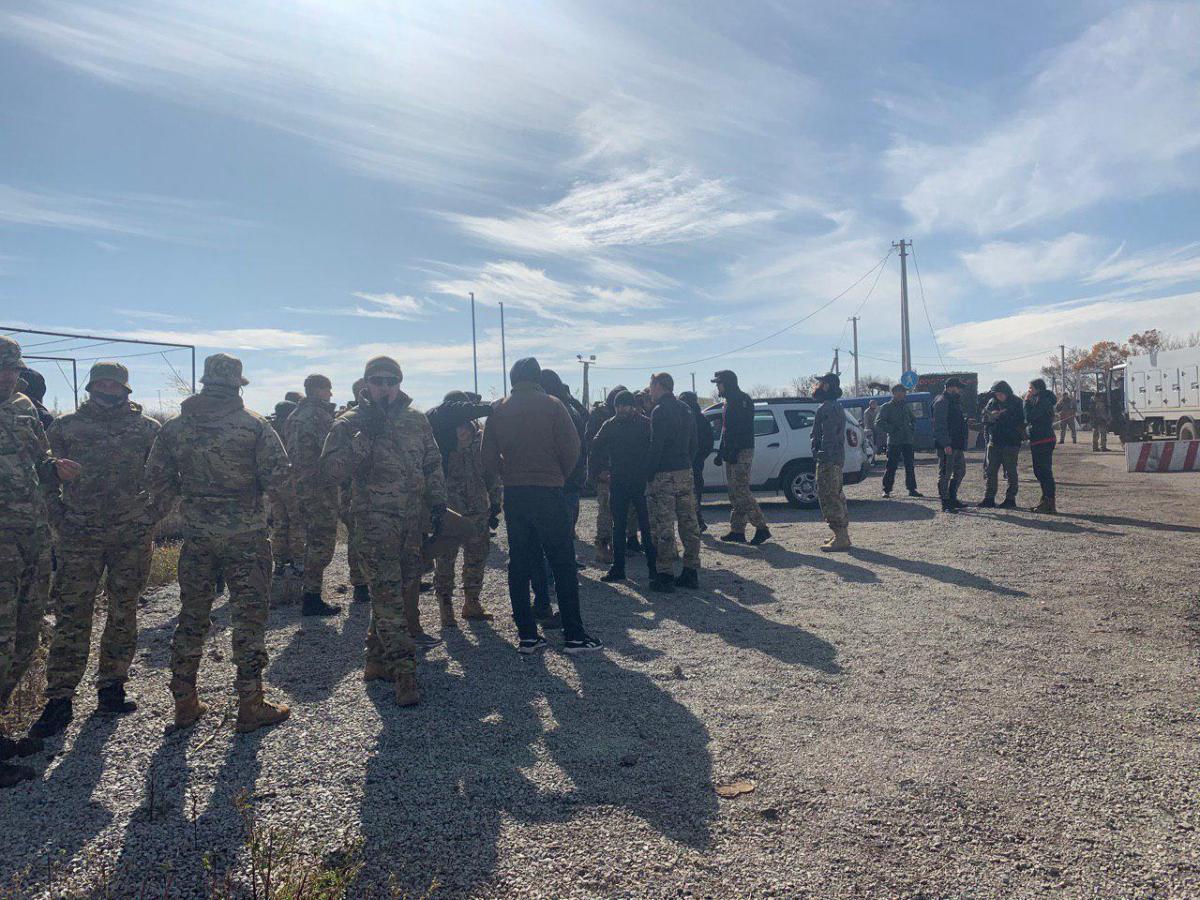 A police officer has been injured in an incident with Donbas war veterans at a checkpoint in the town of Kreminna, Luhansk region.

The incident took place on October 9 when members of the Last Checkpoint movement heading to the town of Zolote to prevent the disengagement of troops were stopped by police, Hromadske reports.

According to latest reports, the police eventually let members of the movement go to Zolote.

The incident caused long traffic jams on the way to the checkpoint.

As UNIAN reported earlier, on October 7, activists of the National Corps Party decided to set their own checkpoint near Zolote in Luhansk region during the disengagement of troops.

Leader of the organization Andriy Biletsky said that the Ukrainian government wanted to leave local residents in Zolote, Petrivske, and Stanytsia Luhanska unprotected, to make them " a sacrificial lamb to the 'LPR'" [the self-proclaimed "Luhansk People's Republic"], therefore war veterans who fought in Donbas in 2014 arrived in the east of Ukraine to be present at the checkpoint amid the withdrawal of troops. In addition, party activists and supporters of the movement organized a motor rally in support of Ukraine.