The long awaited heavyweight debut of Usyk came via five month delay, as the journey was initially due to begin in late May. 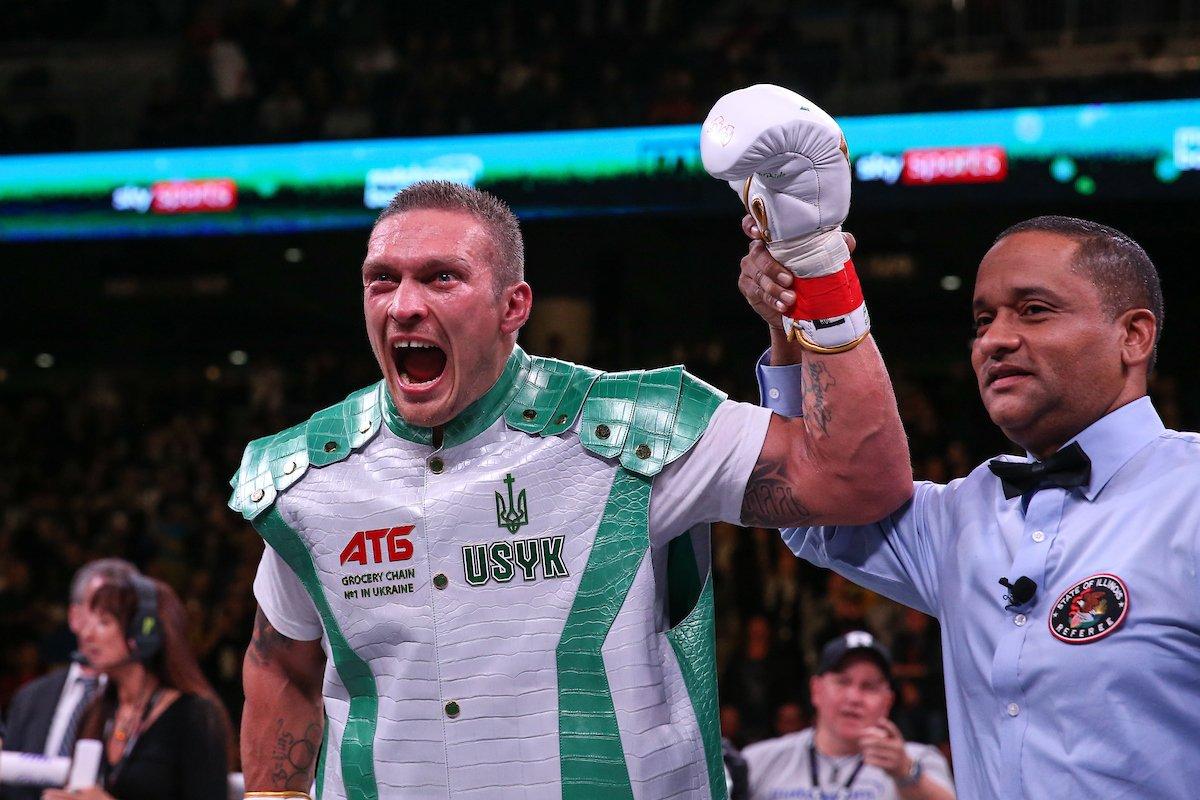 It took two tries and nearly all of 2019 to get underway, but the 2018 Fighter of the Year and former World cruiserweight champion enjoyed a successful debut in boxing's most storied division, BoxingScene.com reported.

It came in the form of stopping Chazz Witherspoon after seven one-sided rounds Saturday evening in front of a near-capacity crowd of 9,073 in attendance at Wintrust Arena on the campus of DePaul University in Chicago, Illinois.

Referee Hector Afu waved off the contest after consulting with Witherspoon's corner prior to the start of round eight.

The long awaited heavyweight debut of Usyk (Ukraine) came via five month delay, as the journey was initially due to begin in late May. A torn biceps left the Ukrainian southpaw on the sidelines for eight weeks before being able to resume training, with the October fight date giving him a career long 11 month inactive stretch since an 8th round knockout of Tony Bellew last November which capped his 2018 Fighter of the Year campaign.

On the surface, the gap between fights along with the additional weight appeared to have an early effect on Usyk, although he dismissed any claim of being bothered by either scenario.

"Yes, there is a little bit of difference," confessed Usyk afterward though with a disclaimer. "But I used to fight as a heavyweight (in the amateurs)."

"But yes, it was different." 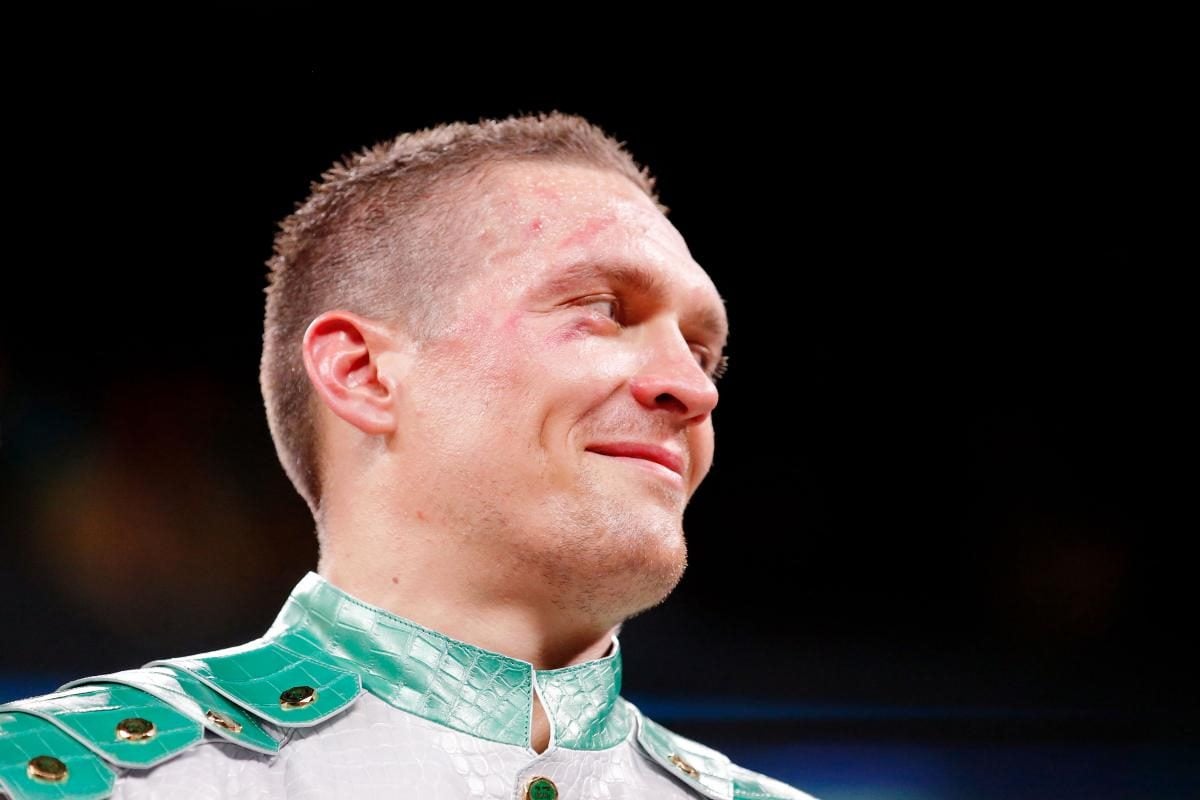 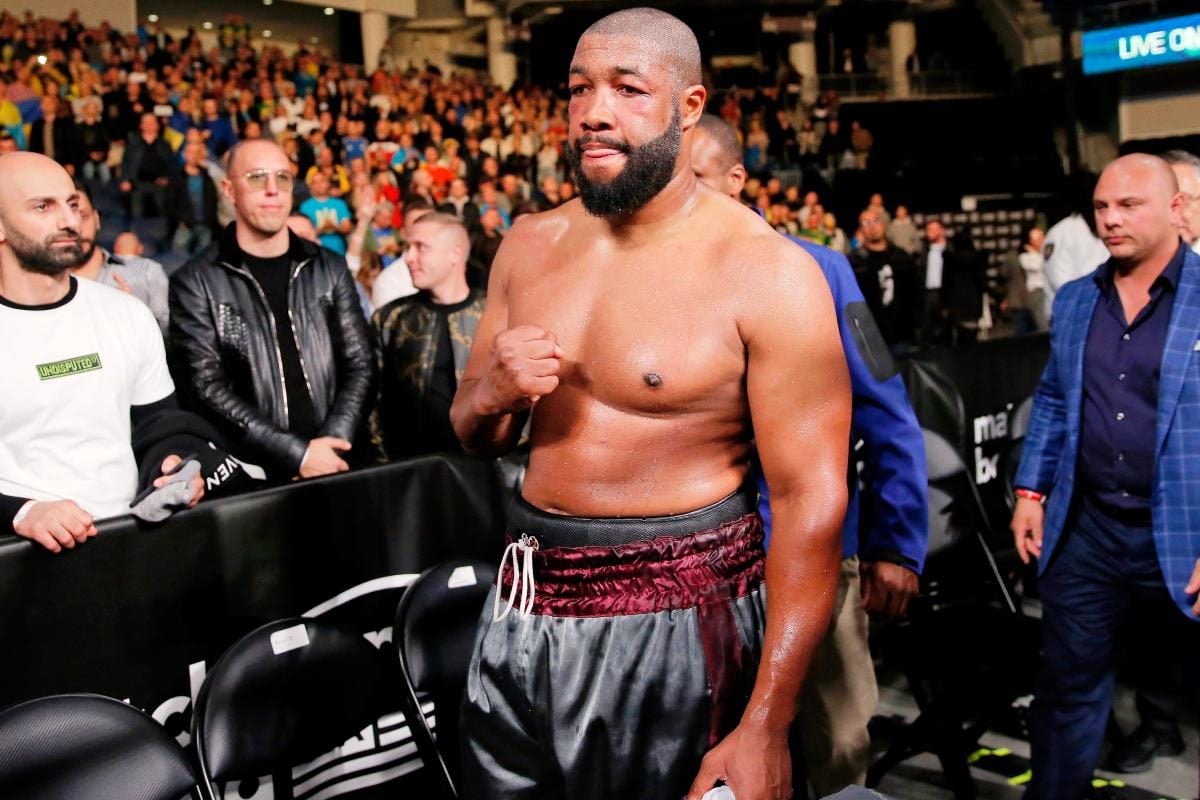 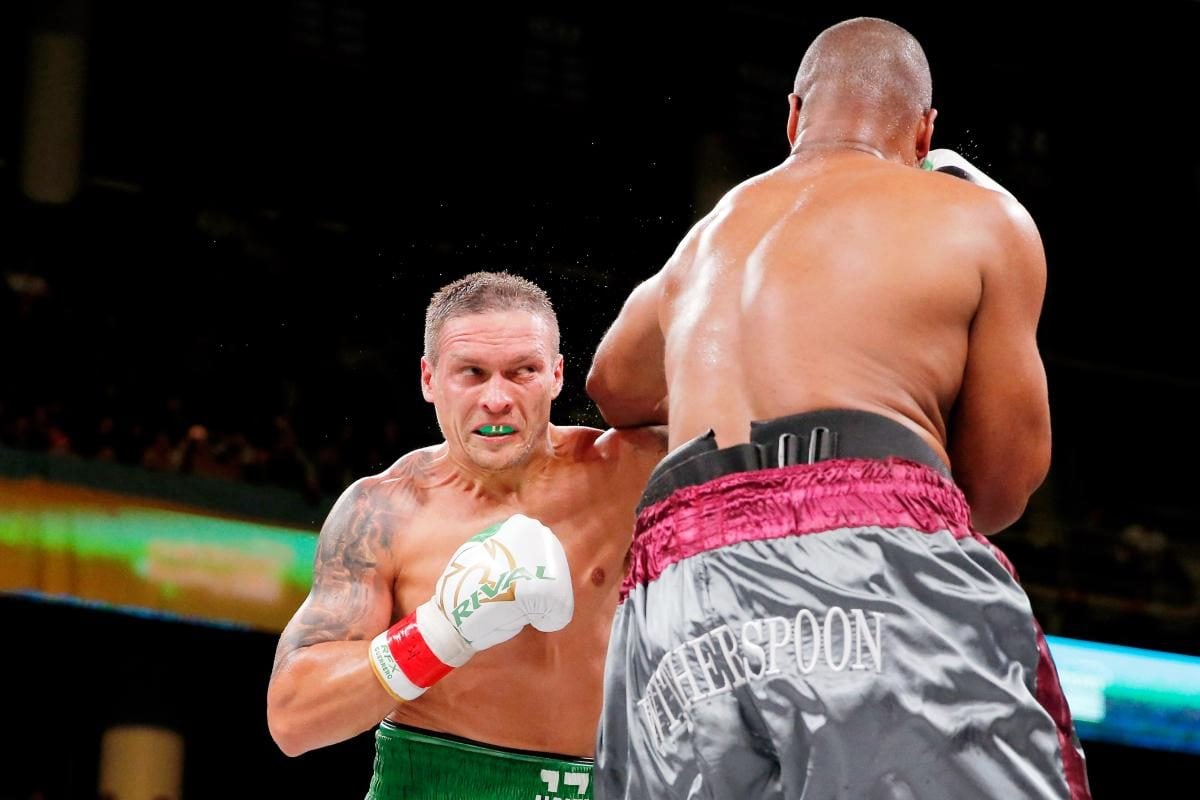 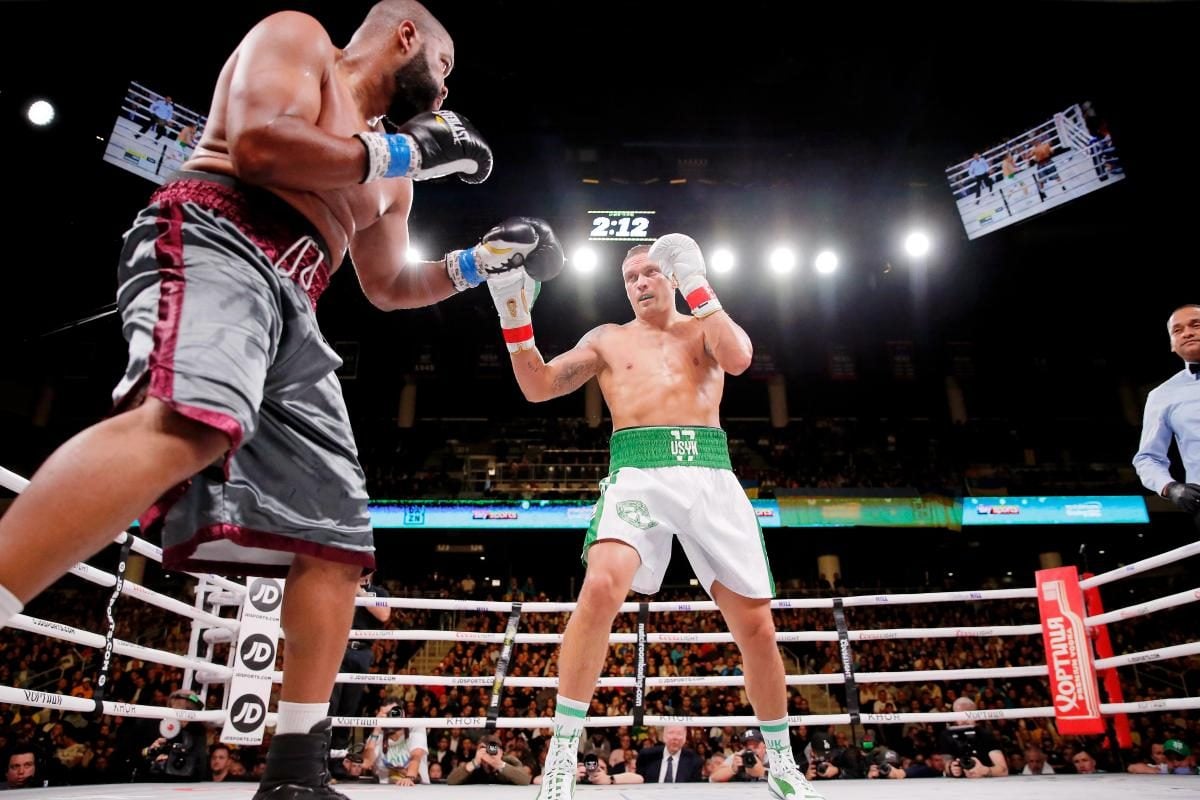 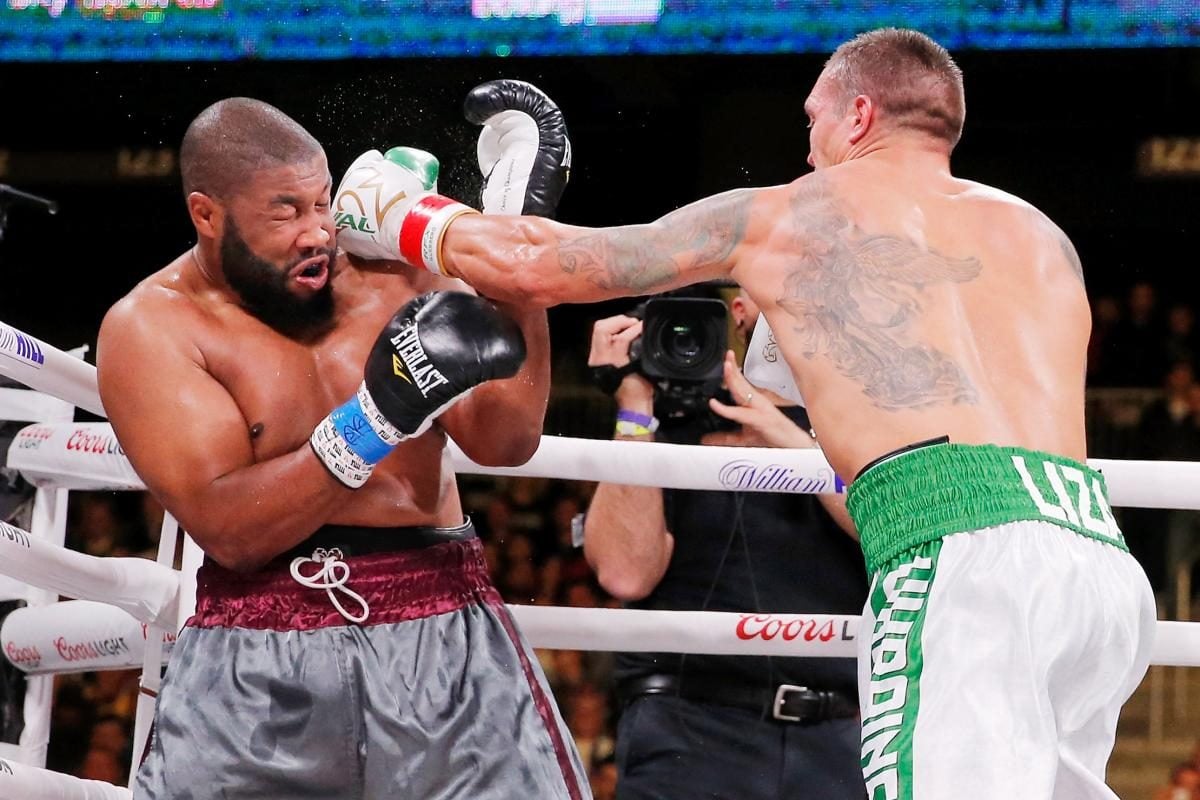 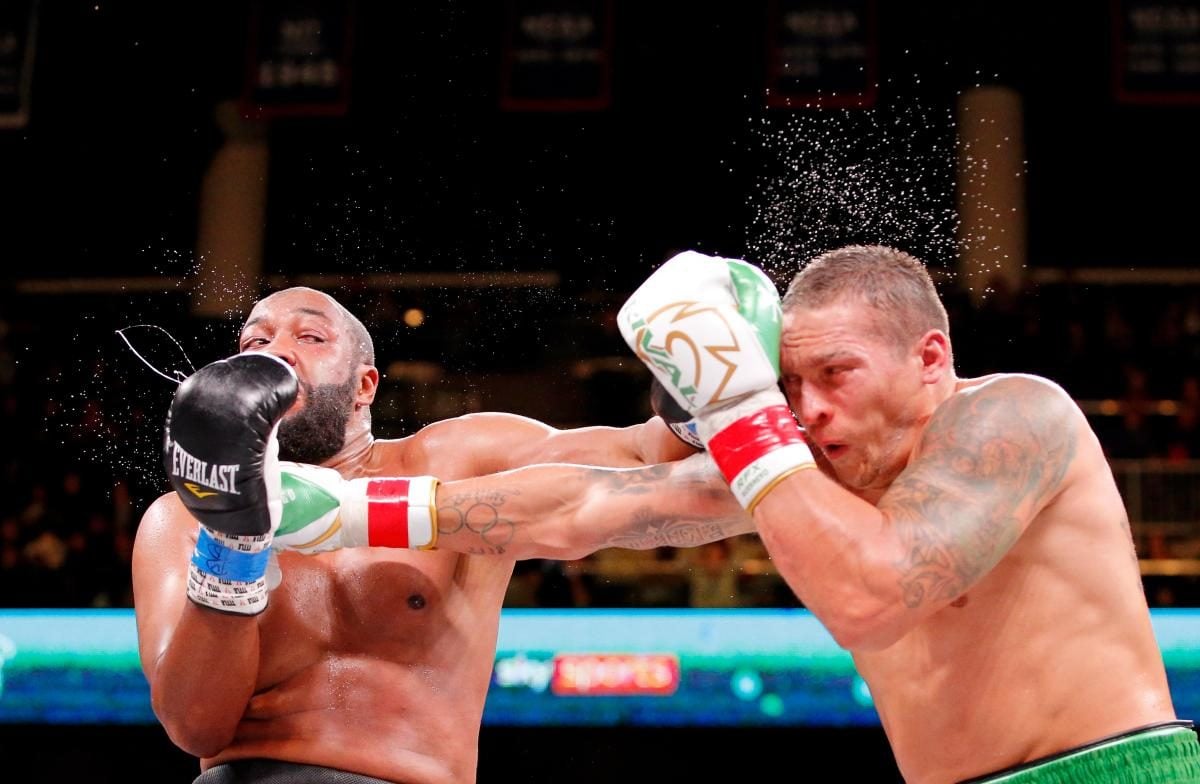 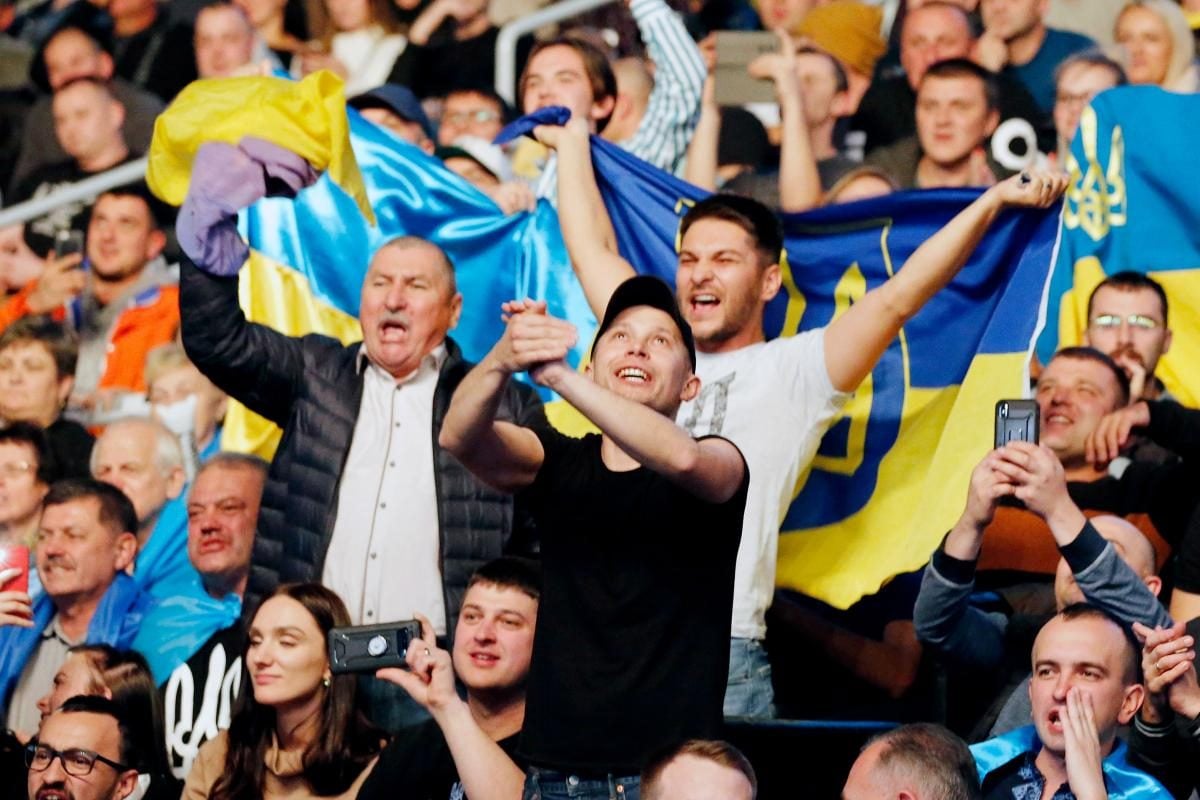 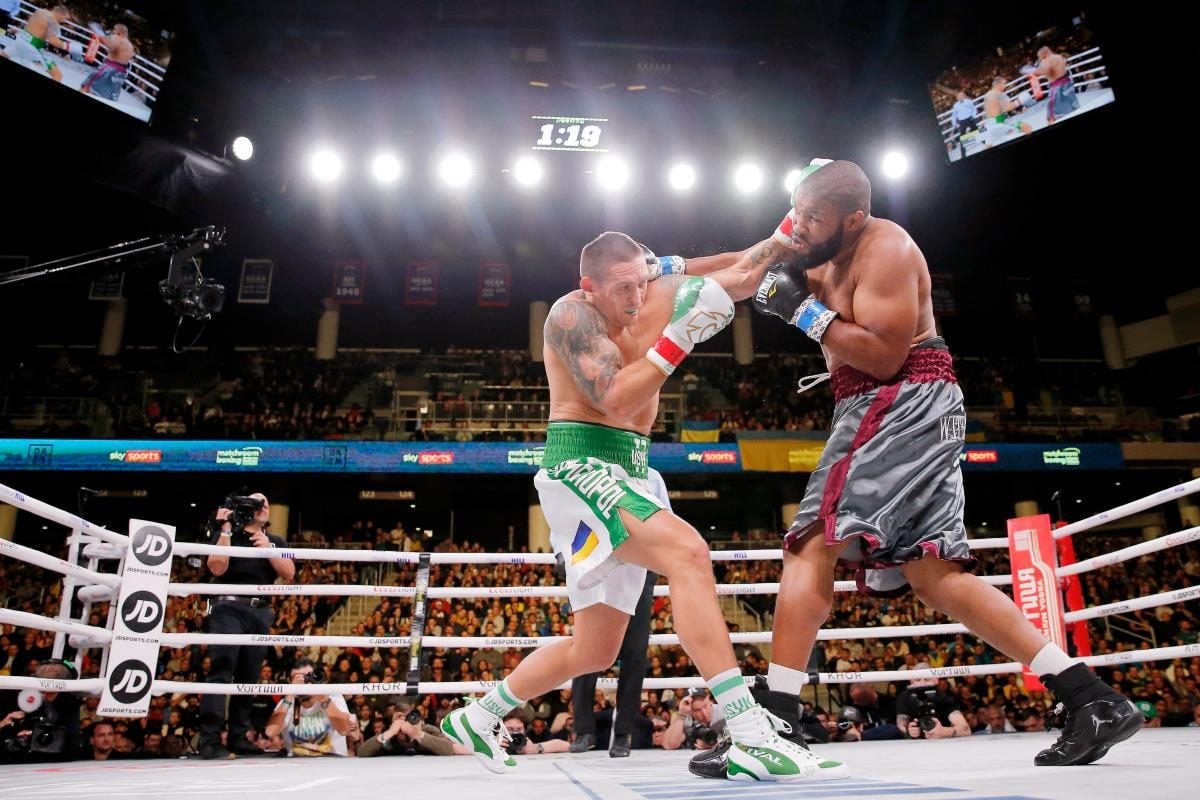 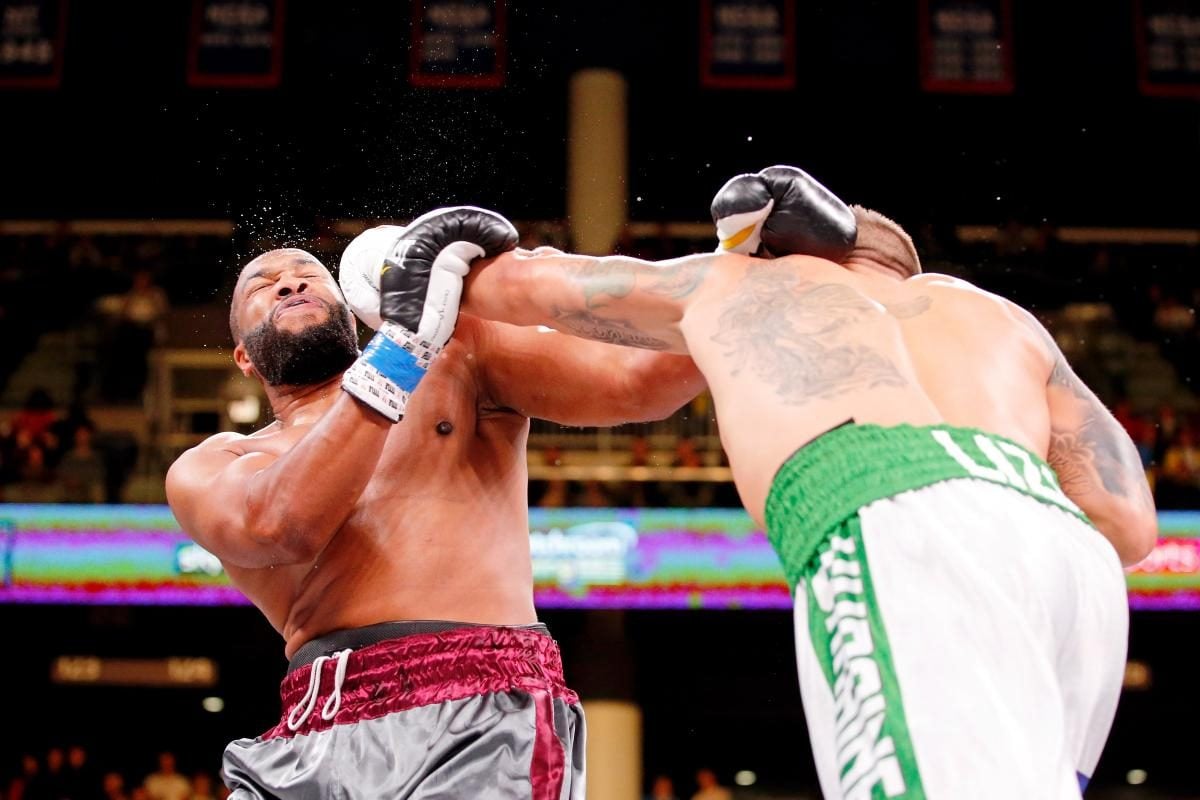 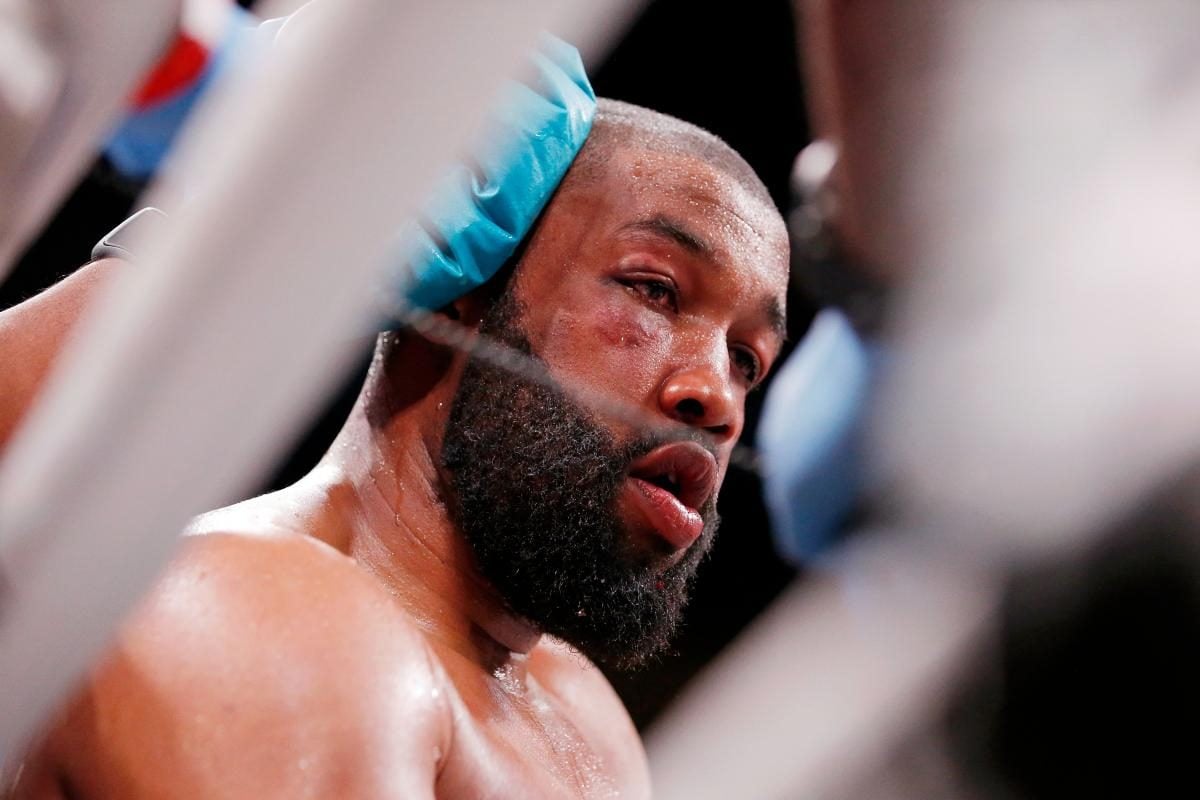 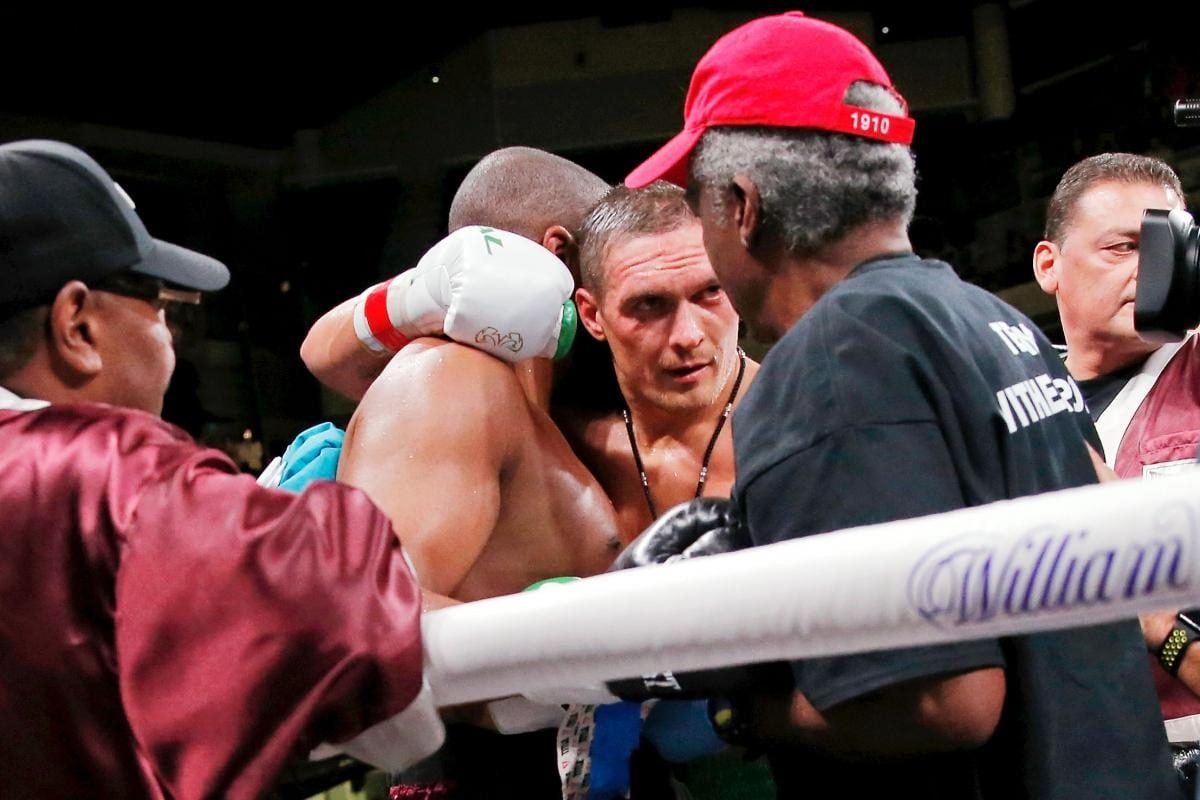 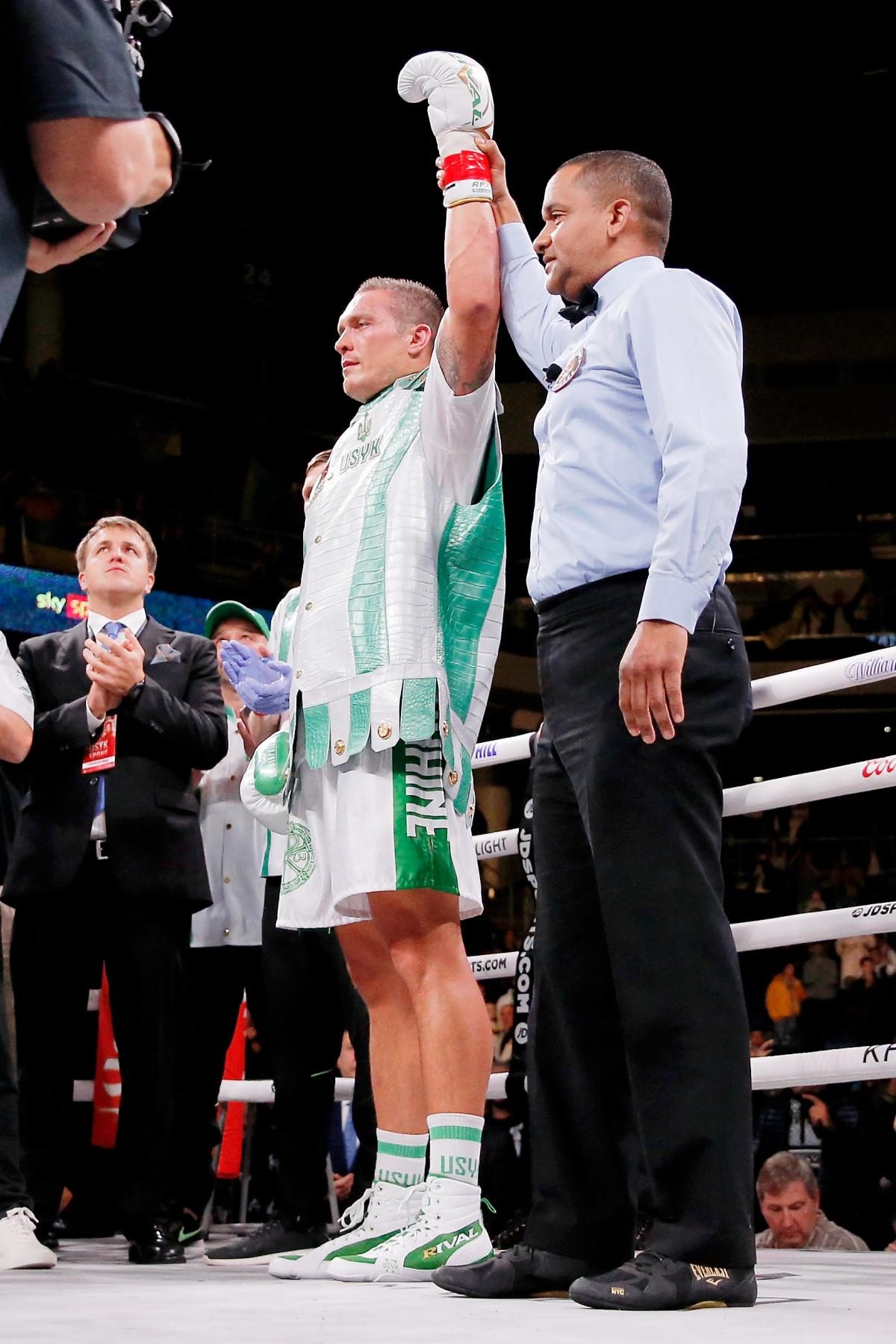 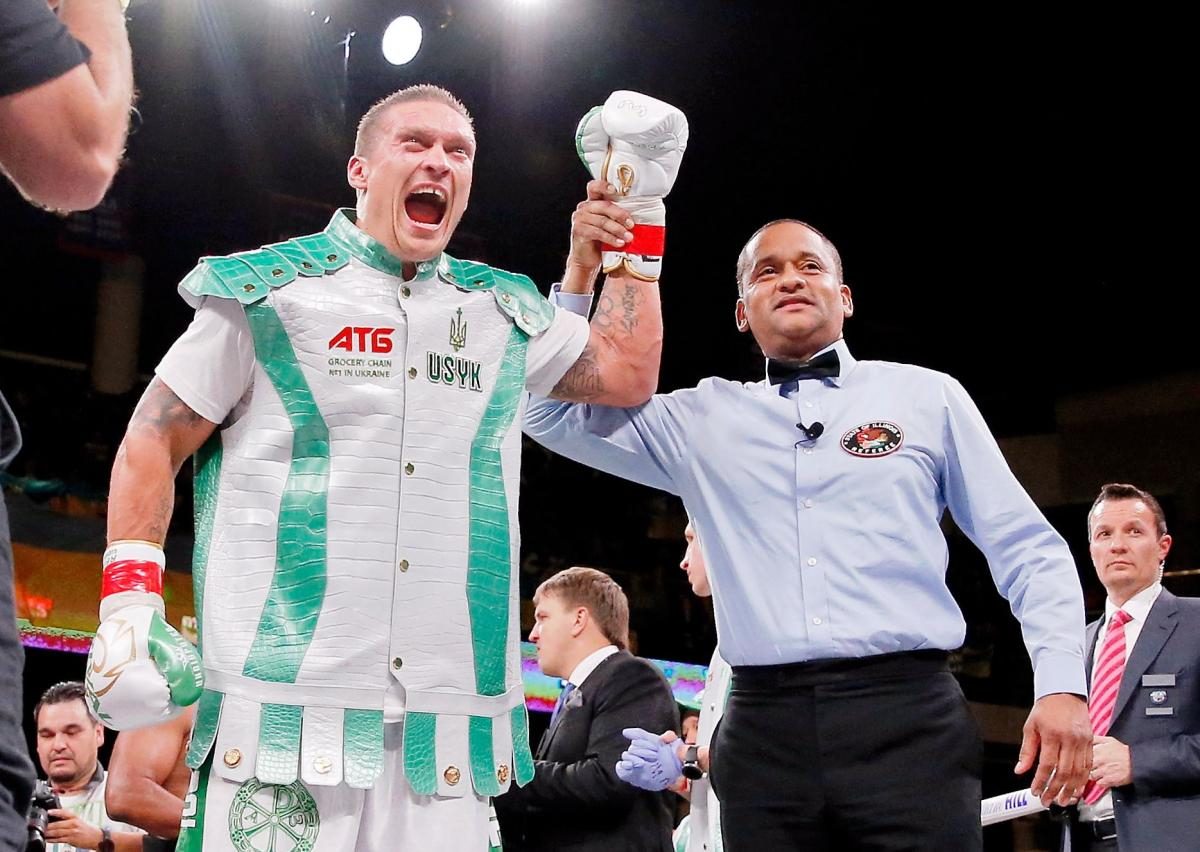 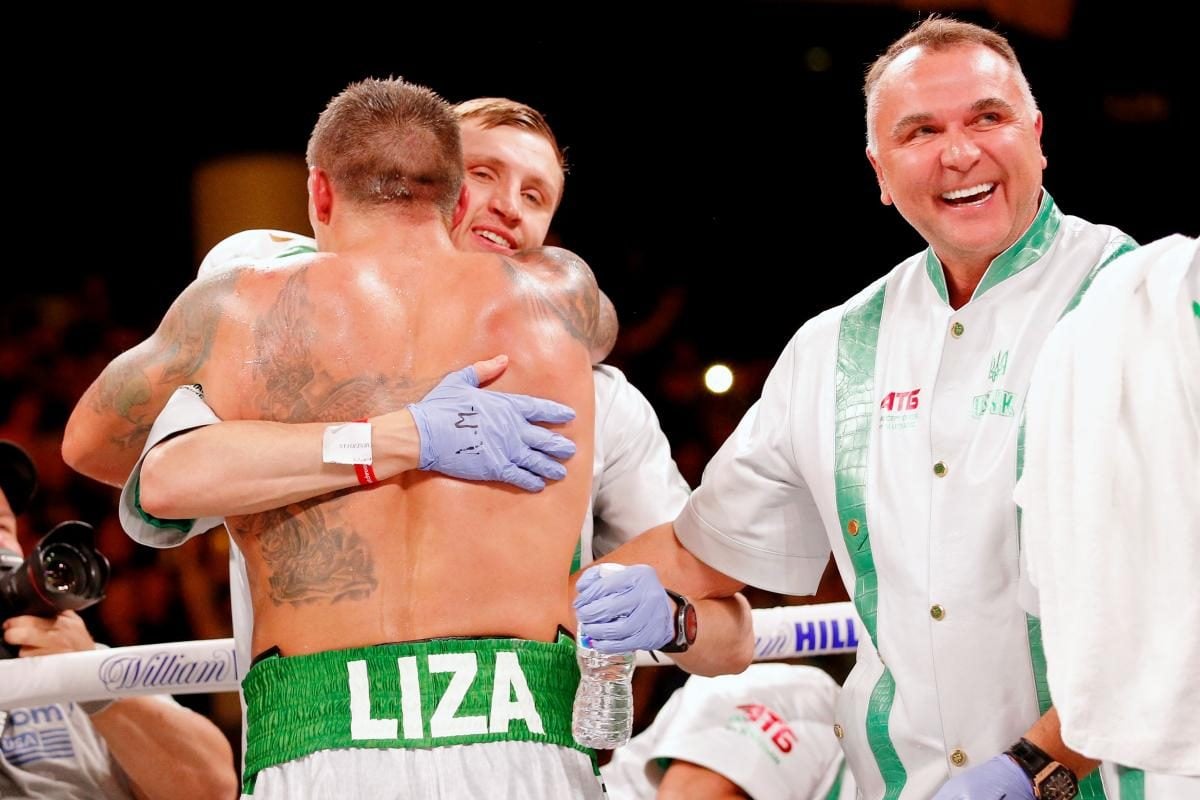 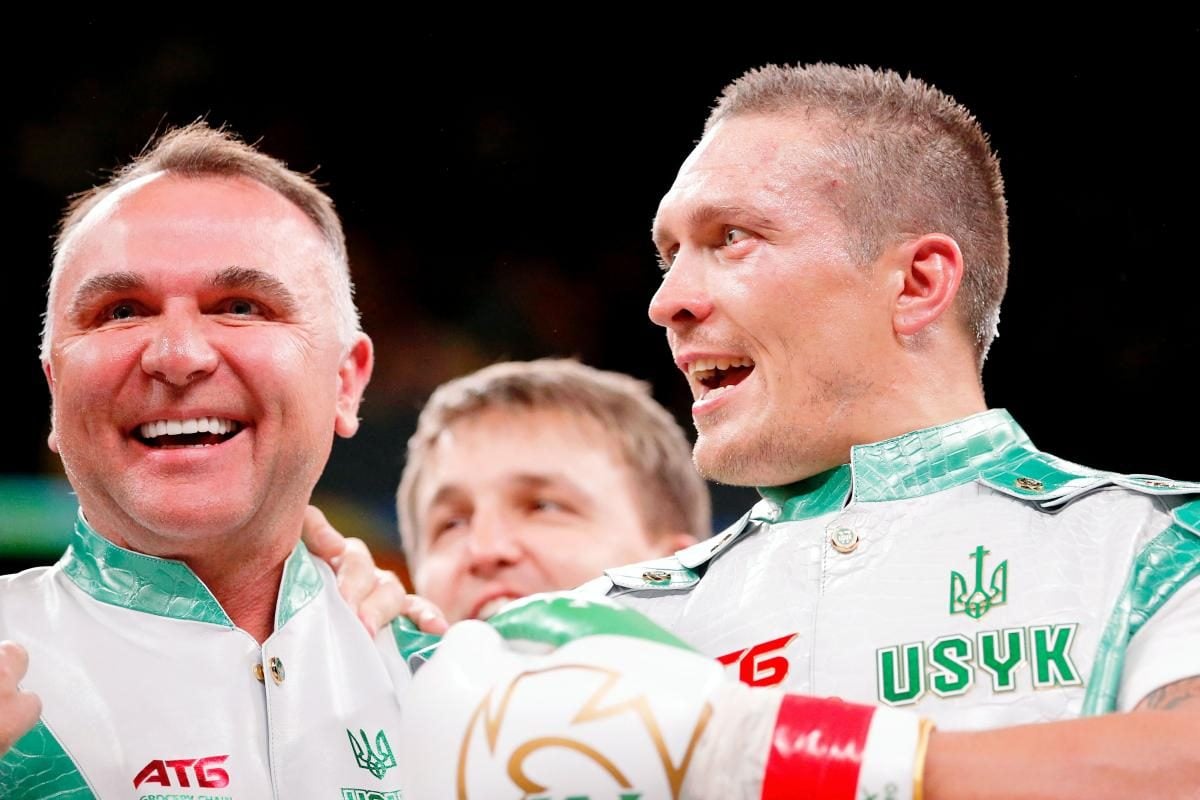 Action was slow out the gate, though hardly uncommon in an Usyk a fight and perhaps even more expected given the fight's circumstances. Witherspoon – a 38-year old from Paulsboro, New Jersey and second cousin to former two-time heavyweight titlist Tim Witherspoon – agreed to terms for the fight on Tuesday of fight week as a late replacement for unbeaten heavyweight Tyrone Spong, who was removed from the mix after testing positive for the banned substance Clomiphene in two separate random drug tests days apart in late September.

Witherspoon – who weighed a career heaviest 242 pounds – was content with the slow pace in the early rounds, not offering much which presented Ukraine's Usyk with few counterpunching opportunities.

"I was waiting for this moment, we had some little difficulties because we have to change opponents," noted Usyk, who was originally supposed to fight Carlos Takam in May and hoped to reschedule that bout for October. "I didn't show to nobody but I had some bad thoughts float into my head."

"I just prayed a little bit, I asked (the Lord) to help me and it looks like he helped me."

Action picked up ever so slightly in round three, as Usyk – who was a career heavy but well proportioned 215 pounds for his first fight above cruiserweight – threw straight left hands with regularity while still working behind his right jab. The 2012 Olympic Gold medalist increased his activity rate in round four, visibly moving back the bigger Witherspoon, much to the delight of the sold-out crowd on hand.

It would only get worse for Witherspoon from that point onward.

Usyk mixed in a right hook into his repertoire, coming at a point when Witherspoon all but stopped throwing punches. The veteran heavyweight was visibly stunned in round six, as a left hand and right hook by Usyk drove his overmatched foe into the ropes. Witherspoon kept his hands glued to his chin in his best effort to deflect the incoming, with Usyk adjusting and throwing – and landing – from odd angles as the bout continued to creep towards a mercy stoppage.

"I did what my trainer told me to do," insisted Usyk, an interesting comment as he's been all but self-trained his past few fights, with renowned cutman Russ Anbar once again taking the lead on Saturday. "I just follow their orders and that was to box."

"And I did box but if I had the opportunity, I would take that opportunity."

Usyk went into harbor shark mode in round seven, smelling blood and looking to end the night on the spot. Witherspoon found himself cornered late in the round, under attack as the near capacity crowd in attendance – rabid throughout – rose to its feet in sensing the night wasn't going to last much longer.

It wouldn't, as head trainer Tommy Brooks informed the referee that their guy was done for the night. The verdict came much to the delight of the fans, who raucously cheered their boxing hero in his latest feat.

Witherspoon snaps an eight fight win streak against largely nondescript opposition as he falls to 38-4 (29KOs). The second generation boxer was a heavyweight hopeful more than a decade ago, although that dream beaten out of him – for all intent and purposes – following a crushing 3rd round loss to then-unbeaten Chris Arreola in 2008. A knockout loss to fringe contender Seth Mitchell in 2012 all but spelled the end of any shot he had at greater glory, although he managed to hang around for one more big score, even under emergency circumstances.

As for Usyk, his cruiserweight run is officially a memory – and a great one it was. His incredible reign largely took place on the road, beginning with a Sept. 2016 decision win over then unbeaten titlist Krzysztof Glowacki in Poland. Similar title lifting efforts also came over unbeaten opposition, edging out Mairis Briedis in his native Latvia last January, followed by a near shutout of undefeated knockout artist Murat Gassiev last July in Russia, claiming undisputed status and top honors in the World Boxing Super Series cruiserweight tournament.

Now armed with his first career heavyweight win, he sets his sights on literally the biggest challenges the sport has to offer.

"I am ready, I am ready to fight whoever," Usyk insisted in a list that includes reigning titlists Andy Ruiz and Deontay Wilder, along with former titlist Anthony Joshua. "If they give me the (World Boxing Organization) mandatory (title shot) then of course I am ready to take it."