16:59, 22 October 2019
Ukraine
1841 0
The Azov Regiment says it is an official unit of the National Guard of Ukraine and is subordinate to the General Staff of the Armed Forces of Ukraine and the Interior Ministry of Ukraine. 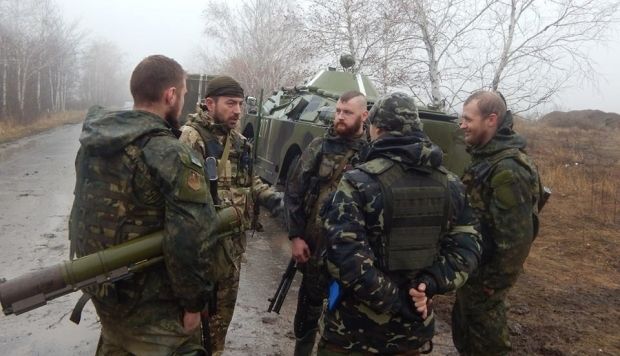 Azov considers the letter to be part of infowar on Ukraine / Photo from facebook.com/azov.batalion

Ukraine's Azov Regiment has responded to a letter signed by 40 members of the United States Congress who ask the U.S. Department of State to include Azov on the Foreign Terrorist Organization (FTO) list.

"Equating Azov with terrorists, 40 members of the U.S. House of Representatives have conferred the same status to all other Ukrainian units that have defended Ukraine on the front line," Azov said in an official statement on its website.

"Azov Regiment commanders declare that such a letter is nothing more than infowar on Ukraine, its sovereignty and state security," the press service said.

The Azov Regiment says it is an official unit of the National Guard of Ukraine and is subordinate to the General Staff of the Armed Forces of Ukraine and the Interior Ministry of Ukraine.

"We consider the reason that supposedly prompted the appearance of such requests in the United States to be complete nonsense, because no evidence of the Azov unit's involvement in terrorist acts in New Zealand has ever existed in nature, and is obvious lies and libel," the statement said.

The regiment said there were already similar attempts in the United States in 2015-2016 to smear Azov but they were unsuccessful.

As UNIAN reported earlier, U.S. Congress demands that the Azov Regiment be designated as a foreign terrorist organization.

If you see a spelling error on our site, select it and press Ctrl+Enter
Tags: #News of Ukraine#terrorist#Azov#USCongress
Latest news