The award was presented by President of the Polish Film Academy Dariusz Jabłoński. 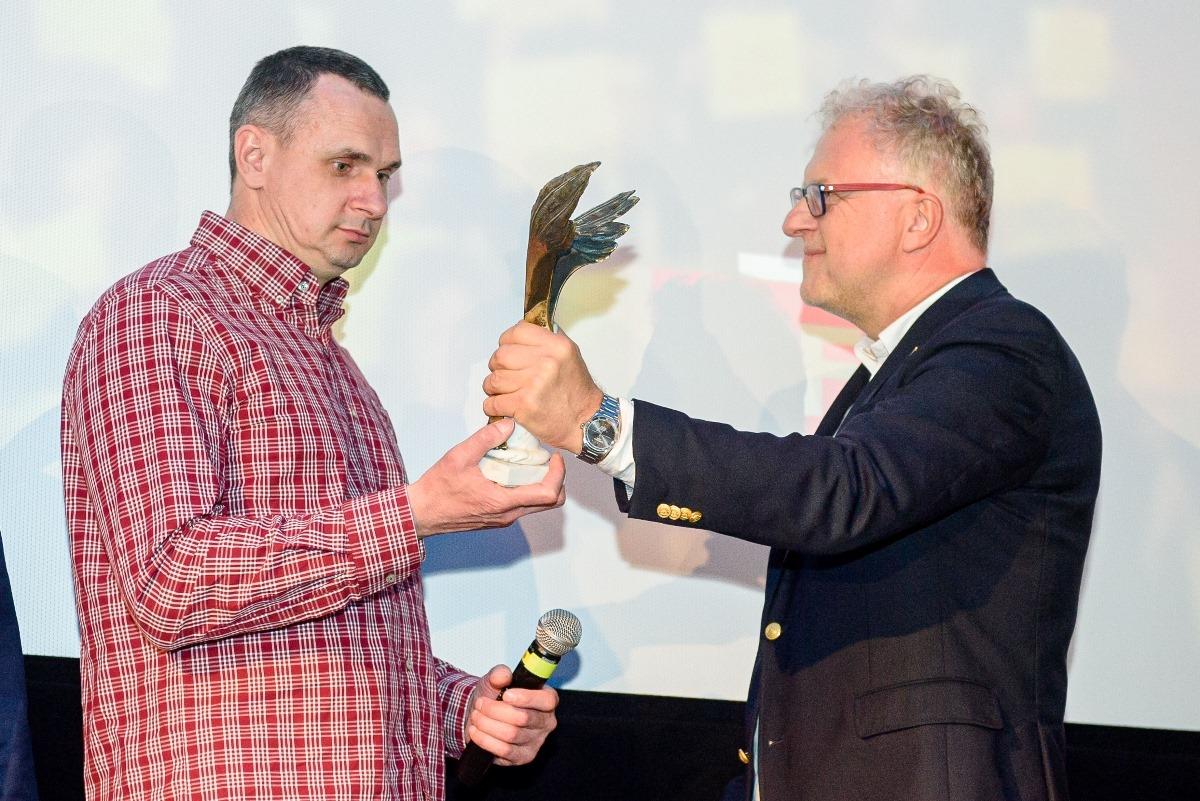 Ukrainian film director and former political prisoner Oleh Sentsov, who has recently been freed from the Russian Federation, has received a special award from the Polish Film Academy in Warsaw – an Eagle for Courage and Invincibility.

This was reported by Polish Film Awards: Eagles (Polskie Nagrody Filmowe ORŁY) on Facebook on October 22.

The award was presented by President of the Polish Film Academy Dariusz Jabłoński.

Sentsov, in turn, thanked the people of Poland for their support.

As was reported earlier, the filmmaker announced plans to create a human rights public organization. This organization, in particular, will deal with issues related to human rights protection and culture. Sentsov will also set up a fund to finance it.

If you see a spelling error on our site, select it and press Ctrl+Enter
Tags:News of UkrainePolandSentsovfilmaward