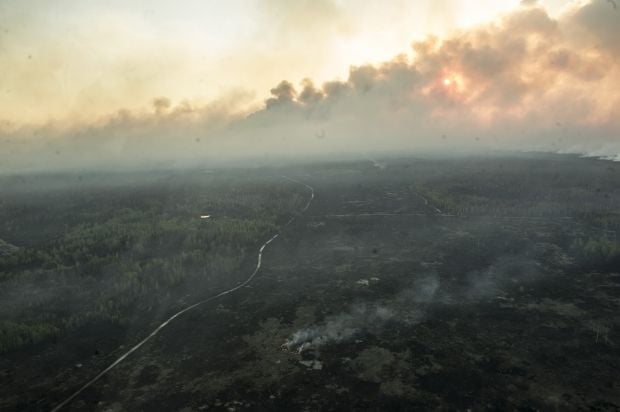 Radiation levels in the area of ​​the fire are within normal ranges / kmu.gov.ua, mvs.gov.ua

According to the ministry’s press service, emergency teams within the fire zone control perimeter are dampening down and observing three separate areas of still-smoldering forest floor.

The fire broke out at about noon on Tuesday, and quickly spread to affect an area of about 320 hectares in the Chornobyl exclusion zone. The fire was centered in the area of the evacuated villages of Buryankovka, Rudnya-Ilinetskaya, Glinka, and Lubyanka in Ivankovskiy district in the zone.

The ministry reported that fire had been brought under control at 1030 on Wednesday.

The ministry deployed a mobile command unit to the area of the fire, which coordinated measures to extinguish the fire, including firefighters and fire engines on the ground, fire-fighting aircraft and a helicopter.