Russians will not be able to have Ukrainian citizenship as a second one. 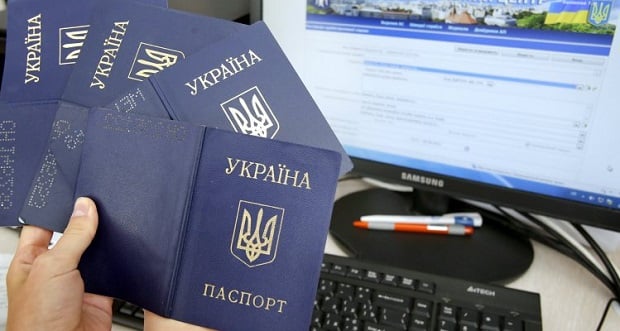 Ukrainian diplomat Andriy Veselovsky has said the possible introduction of dual citizenship in Ukraine is designed to maintain contact with the homeland for Ukrainians who went abroad to earn money, as well as for members of the Ukrainian diaspora in other countries.

"After consultations between various departments, the government will offer some solutions featuring how it is realistic, how it can be done, how much it will cost us in terms of security, in terms of documentation, etc.," he told the Ukrainian online news outlet Obozrevatel.

According to the diplomat, the Ukrainian Foreign Ministry will offer a solution to those people who want to keep their Ukrainian citizenship despite circumstances in their lives.

"People went to work in a European country. They got a residence permit there over time, but at the same time they don't want to get rid of citizenship of Ukraine. They think some time will pass and they may return home. Perhaps, life circumstances do not allow them to do this now. This is option number one," Veselovsky said.

"The second option concerns citizens of other countries who were born and raised there, but they feel they are Ukrainians. Canada, the United States, Brazil – we have seen tens, if not hundreds of thousands of people who allocated money and time, and some of them signed up as volunteers when Russia unleashed aggression against Ukraine. People want to have this relationship formalized. It would not be normal if we deny this to them," the diplomat said.

Veselovsky mentioned a "list of those who will not be able to get a second passport." "Undoubtedly, the aggressor country tops this list, maybe someone else," he said.

"First, interdepartmental consultations should be held with the military, diplomatic, intelligence departments, after which their preliminary findings will be presented to the public. And I do not rule out that foreign Ukrainians who were born or have recently left to live abroad will also be engaged in this discussion. And we may come to the conclusion this is unnecessary. This cannot be ruled out either," the diplomat added.