The prize was awarded last October, but Sentsov was in jail in Russia. 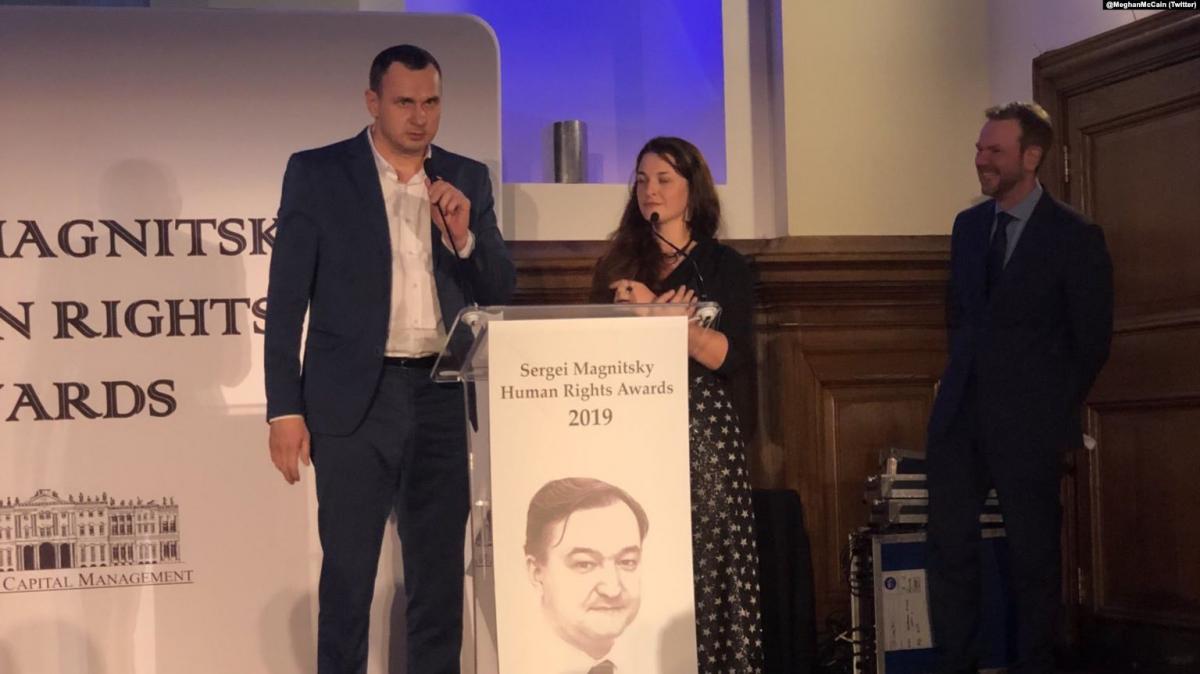 Ukrainian film director Oleh Sentsov has in person received a Sergei Magnitsky Human Rights Award, an international prize given in the field of investigative journalism and human rights protection.

Sentsov was due to receive the award last October, but he was in jail in Russia, serving his term on charges of allegedly preparing terrorist attacks in Russia-occupied Crimea, according to the Voice of America's Russian service.

The award was presented in London by Meghan McCain, the daughter of 2008 presidential candidate and U.S. Senator John McCain. Her father was also posthumously given the award in 2018.

The Sergei Magnitsky Human Rights Award has been granted since 2015 for merits in the field of investigative journalism.