It was Serhiy Pashynskiy, the-then deputy chief of "National Resistance" HQ, who was in contact with the group, the former Parliament speaker testified. 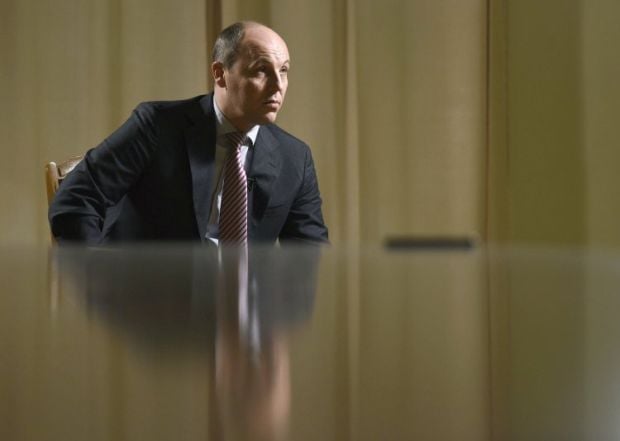 Ex-Chairman of the Verkhovna Rada Andriy Parubiy, who at the time of the Revolution of Dignity was a commandant of the tent camp and leader of the Maidan self-defense units, testified as a witness at a court hearing in Kyiv on Thursday in the Maidan deadly shootings case, according to an UNIAN correspondent.

In his testimony, Parubiy noted that on February 21, 2014, at the invitation of deputy head of the "National Resistance" HQ, Serhiy Pashynskiy, the SBU Security Service countersniper group arrived at the square. According to Parubiy, he personally led the team through the barricades. People from this group, along with several activists moved on to inspect the Ukraine hotel.

Parubiy added that after that, the SBU operatives informed him that they had allegedly revealed signs of a sniper position at the hotel and promised to elaborate later. However, Parubiy says, he never heard from them ever since.

He also added that Pashynskiy was in direct contact with the SBU group.

Read alsoZelensky wants to have Maidan, Ilovaisk cases solved as priority ones

At the same time, Parubiy noted that he doesn't remember, which activists accompanied the group during the inspection.

Serhiy Pashynskiy, who also testified today, made no notion of the SBU group.

Parubiy also said that it was law enforcers who provoked escalation downtown Kyiv on January 19 and February 18, 2014. In particular, he says that before the protesters started burning police buses on Hrushevskoho Street, law enforcers threw at protesters light-noise grenades with metal elements attached to them.

Parubiy also confirmed Pashynskiy's words that the Maidan uprising had no clearly defined leader or leaders who would give orders to protesters to take any action.

According to him, Maidan's political leaders Arseniy Yatsenyuk, Vitaliy Klitschko, Oleh Tiahnibok, and Oleksandr Turchynov performed coordination and organizational functions at the site and coordinated protection of protesters from the attacks of government-hired thugs (the infamous "titushki") and law enforcement.

Asked by the defense of ex-riot police operatives now tried in the Maidan shootings case on why the participants in the Revolution of Dignity did not comply with reconciliation agreements reached between opposition leaders and the then-president Viktor Yanukovych with the participation of international mediators, Parubiy noted that the Maidan did not accept any agreements with Yanukovych.

Indictments have been filed on charges of committing a terrorist act, abuse of power, intentional homicide, attempted murder, obstructing peaceful rallies and meetings, kidnapping, and hiding weapons after committing a crime.

As of February 2018, the investigation established 48 facts of deadly shooting and 80 facts of murder attempts committed downtown Kyiv on February 20, 2014.