As part of the plan, schools will be classified according to their financial level. 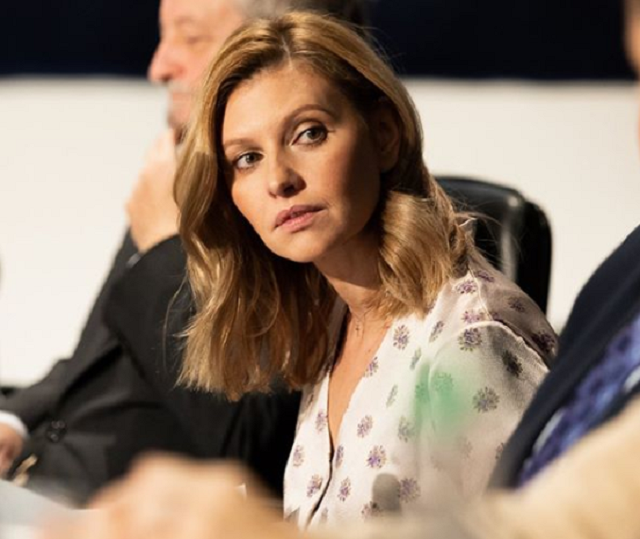 In an interview with TSN.Tyzhden, she explained her intentions: "First, that's because I'm also a mother."

Having learned from the kids about certain issues, where, they say, cockroaches run over the plates, or some expired food is served, Olena Zelenska decided to find ways to improve school catering quality.

The First Lady admitted that she dreams of government financing of such services.

"We'd like to make classification of schools which the government will be helping in different ways. There are schools where there's absolutely nothing available. That is, there'll be more funding," said Olena Zelenska.

In addition, she notes that Ukrainian students actually support a low carb diet.

In this regard, Zelenska seeks to try on some foreign experience: "In some countries, children are given a glass of milk and made to drink it. And what if we have 'An Apple for a Kid' program? We have apples rotting in Western Ukraine as there's nowhere to sell them. There's a lot of them. Will this be okay with you?"

Students "vote" for free vitamins. They also offer to cultivate better nutrition habits in adults, because kids nowadays are already conscious about what they eat.

"Children understand everything, they want change. But, unfortunately, adults don't seem to think why cutlets with porridge are bad for everyday consumption. It may be alright on Monday, but on Tuesday, why won't we add some salad?" Zelenska notes.

Besides the reform, which the team have been preparing for six months, Olena Zelenska has other plans regarding children's healthcare and cultural diplomacy.

"I want to do something for the sake of gender equality and against ageism – I'm very interested in destroying barriers and allowing people's access to all services," says Zelenska.

The First Lady says all these areas require short-term and long-term projects.

If you see a spelling error on our site, select it and press Ctrl+Enter
Tags:News of UkrainereformschoolsZelenskaFirst Ladycatering