The amendments change the Law on the Special Bureau of Investigation. 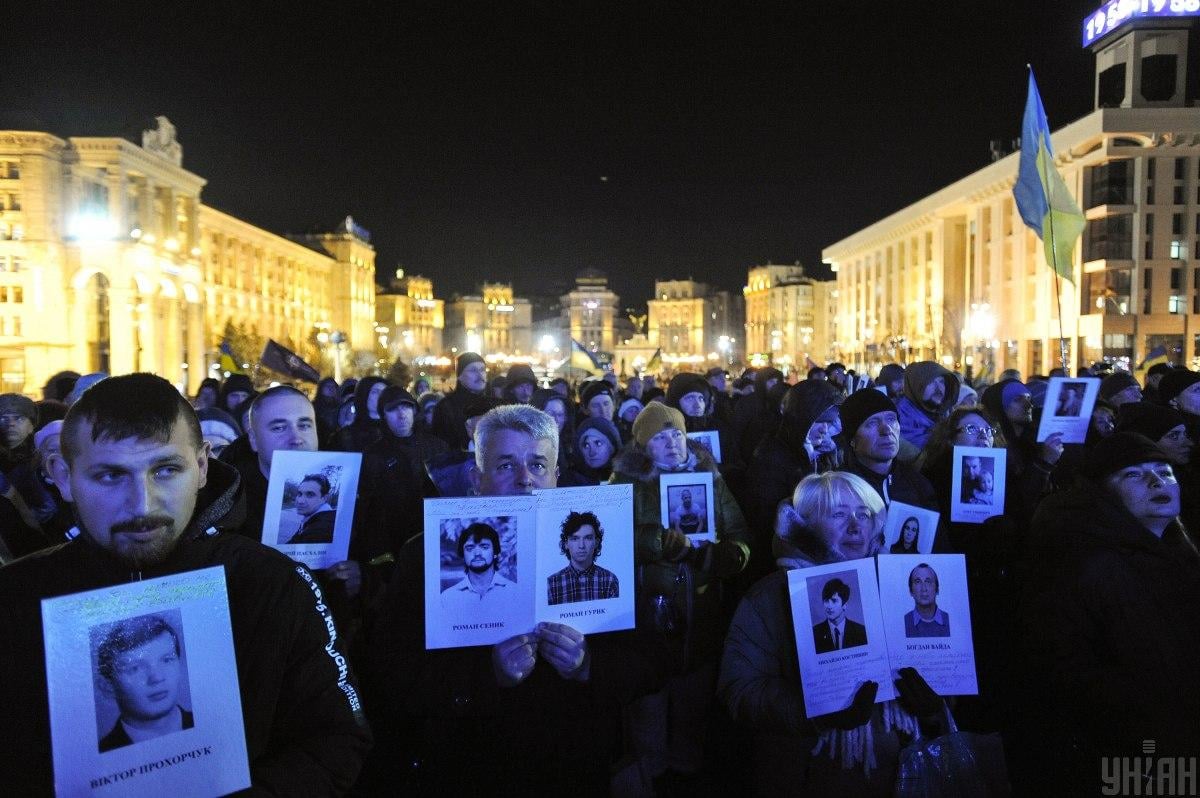 Ukrainian President Volodymyr Zelensky says that the Verkhovna Rada, Ukraine's parliament, on December 3 should consider amendments to the Law on the State Bureau of Investigation (SBI) regarding the continuation of an investigation into Maidan killings early in 2014.

The president announced this while speaking at the Prosecutor General's Office of Ukraine, the presidential press service said.

"Despite the fact that since November 20 the prosecutor's office has been deprived of the functions of investigating, you must continue supervising the criminal proceedings of other agencies. First of all, it concerns crimes committed on Independence Square [also known as Maidan Nezalezhnosti in Kyiv] in 2013-2014," Zelensky told prosecutors on the eve of their professional day.

"Very important amendments to the SBI Law are on the top of the agenda of a Verkhovna Rada meeting on December 3. No one will allow the early termination of the Maidan investigations," he said.

As UNIAN reported, from November 20 the prosecutor's office lost its authority to investigate criminal proceedings, so all crimes committed against activists of the Revolution of Dignity should be handed over to pretrial investigation agencies. In total, it is planned to transfer 114 cases related to the Revolution of Dignity. In particular, 50 will be transferred to the SBI, 43 to the National Anti-corruption Bureau of Ukraine (NABU), and the remaining cases will be split among the National Police, the SBU Security Service of Ukraine and the State Tax Service.

On November 18, SBI Director Roman Truba announced that the Bureau had established a unit to investigate crimes committed during mass protests on Maidan Nezalezhnosti in 2013-2014. This unit is part of the War Crimes Investigation Office and its investigators have access to classified information. According to Truba, his unit will consist of 25 people at the first stage.

If you see a spelling error on our site, select it and press Ctrl+Enter
Tags:News of UkraineMaidaninvestigationParliamentamendmentsSBIZelensky