The victims are both adults and college students. 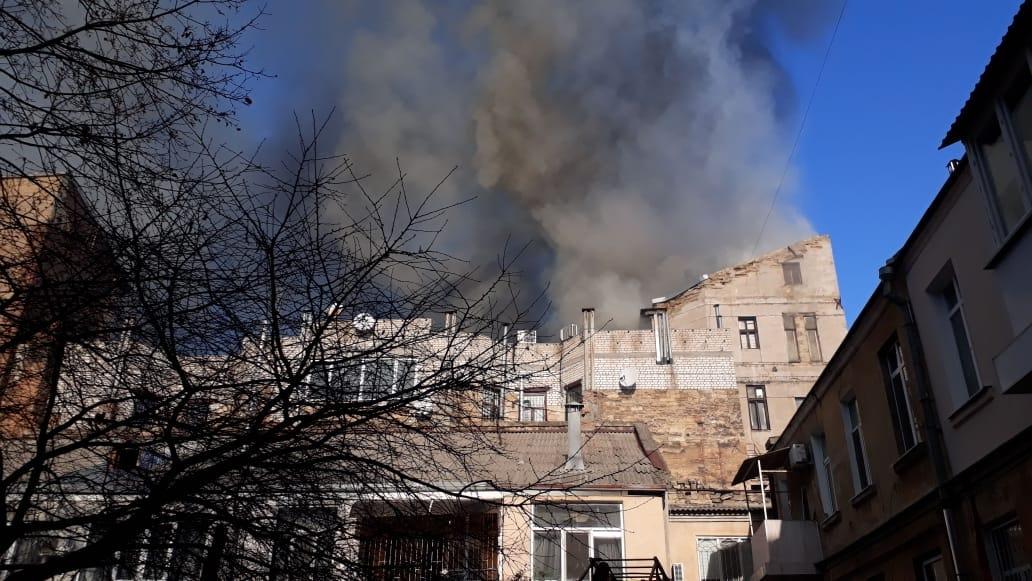 One person has died and 29 people are in hospital after a fire broke out in an education block of Odesa's Economics, Law and Hospitality College on December 4.

The condition of those hospitalized is stable, the Odesa news portal Dumskaya.net said.

On Thursday morning, Ukrainian parliamentarians held a moment of silence to honor the victims of the Odesa fire. "One person is dead. Unfortunately, we do not know where 14 people are. Most likely, they are under the rubble. This is a tragedy for the country, a tragedy for the parents, for the relatives. Words cannot express it. I'm asking for a moment of silence. And let's hope that a miracle will happen," Parliament Speaker Dmytro Razumkov said at the beginning of the parliament's session on December 5, according to an UNIAN correspondent.

The victims are both adults and college students, Odesa Deputy Mayor Andriy Kotliar said on Facebook. In addition, he gave the chronology of the incident. During an operation to extinguish fire, rescuers evacuated students and employees of the college and neighboring institutions, as well as parked cars. The State Emergency Service also blocked nearby streets and cordoned neighboring roads off as part of security measures.

Odesa Mayor Hennady Trukhanov, in turn, announced two-day mourning in the city on December 5 and December 6.

If you see a spelling error on our site, select it and press Ctrl+Enter
Tags:News of UkraineUkrainevictimsOdesafireeducationstudents