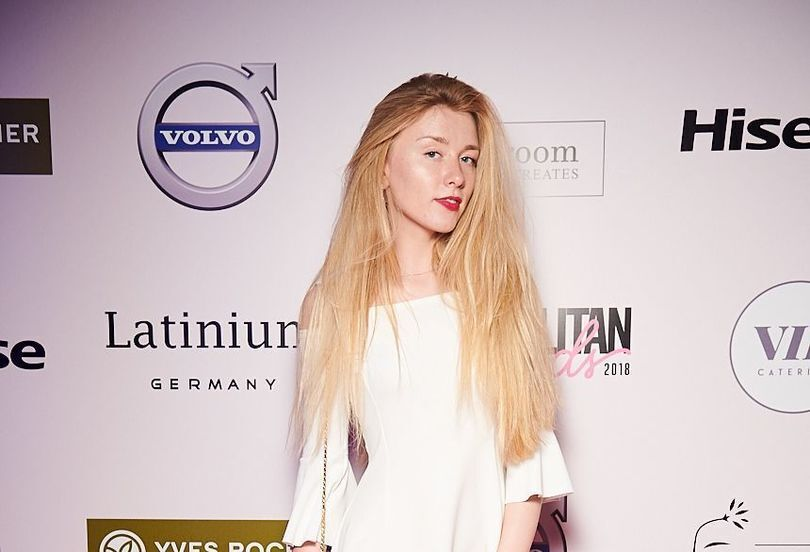 The Ukrainian edition of Cosmopolitan magazine has dismissed its deputy chief editor over a social-media post she made that ridiculed a funeral for a Security Service colonel who was killed in a combat mission in eastern Ukraine.

"The entire staff of the Ukrainian edition of Cosmopolitan magazine expresses its deepest sympathy for the family and loved ones of the tragically killed hero and sincerely apologizes for the text published by Yevhenia Plikhina on her personal [Facebook] page," the local publication's editor in chief, Oleksandra Burynska, said in a statement on December 5, according to Radio Free Europe / Radio Liberty.

"Her post does not reflect the position of the brand, we are very sorry our colleague acted in this manner. We categorically don't share her opinion," she added.

Plikhina on December 4 wrote about her experience while walking through the outdoor funeral ceremony for Ukrainian Security Service (SBU) Colonel Denys Volochayev at the main SBU building that morning in Kyiv.

"What, is it still acceptable to pompously lay people to rest?" she wrote.

She then summarized the funeral atmosphere: "Somebody died at the SBU, and from the looks of it, not somebody on the low end of the totem pole."

She continued: "The coffin is being carried in wailing dramatism, people in uniforms are blowing into horns up to the point of devouring them. There are carnations, all the attributes.... Lord, I think I haven't met the dress code. How awkward. Well, I'm a monster."

Later the same day, Plikhina deleted the post and apologized.

The form and style of her post angered some on social media, who in comments wrote that she was making fun of a ceremony that was bidding farewell to a person who had died carrying out an officer's duties in eastern Ukraine, where a deadly war with Russia-led forces is in its sixth year.

Others criticized her for living an insulated life that is untouched by war, while a segment of commentators threatened her with physical harm.

Cosmopolitan Ukraine also issued a statement the same day distancing itself from the now-former deputy chief editor, expressing condolences for the dead officer and saying the employee's post did not reflect the views of the brand.

More online criticism followed with demands for Plikhina's dismissal. The following day, she was dismissed.

On December 1, Colonels Volochayev, 37, and Dmytro Kaplunov, 38, who were members of the SBU's elite special-operations unit, were killed while on a combat mission in the eastern region of Donetsk. They were trying to prevent an enemy subversive-reconnaissance unit from penetrating the army's rear near the front line, according to the SBU.

President Volodymyr Zelensky on December 3 posthumously conferred both colonels with the country's highest honor, the title of Hero of Ukraine, along with the Golden Star award.

Kaplunov's body could not be recovered, and he is believed to have been seized by Russia-led forces. Volochayev's body was retrieved and transported to Kyiv.

If you see a spelling error on our site, select it and press Ctrl+Enter
Tags:News of UkraineSBUmediafuneralfashionDonbasWar