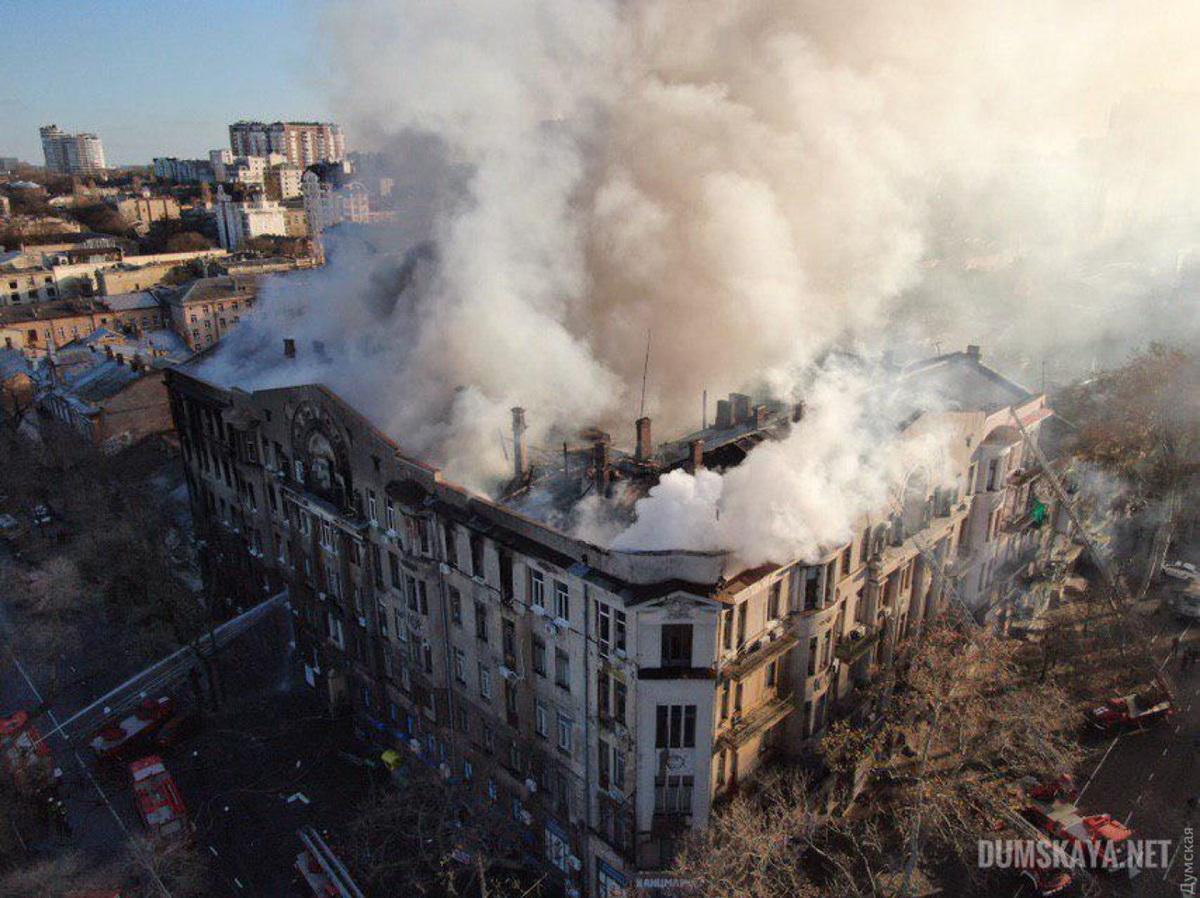 Eight people are still missing after a fire that broke out in Odesa's Economics, Law and Hospitality College on December 4.

"Today we are honoring the memory of those killed in the fire. However, eight people are still missing. Rescuers do not stop searching," Ukrainian Prime Minister Oleksiy Honcharuk said on Telegram on December 8.

Honcharuk expressed his condolences to the victims' families and relatives and assured that the government would provide full support to those who have lost relatives.

He recalled that the government had created a commission to investigate the causes of the fire. The results of the investigation will be made public by December 20.

"Those guilty will be punished," the prime minister said.

As of the morning of December 8, ten people, including a rescuer, were declared dead. Thirty people were injured, of them, nine are still in hospital.

If you see a spelling error on our site, select it and press Ctrl+Enter
Tags:News of UkrainevictimsinvestigationOdesafireincidentmissingHoncharuk