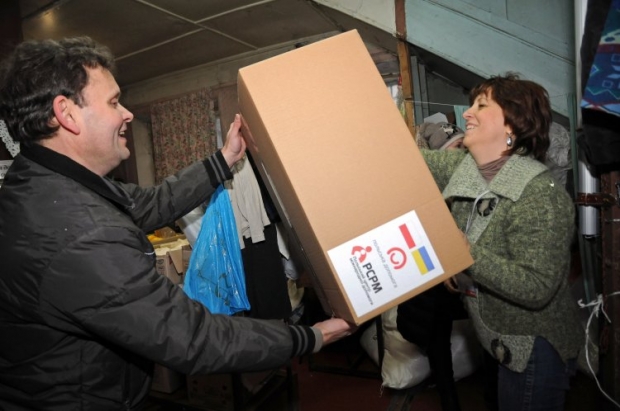 The aid will be channelled via UN agencies, NGOs, the ICRC / Photo from UNIAN

The European Commission on December 20 announced an additional EUR 8 million for the vulnerable people in Ukraine affected by the ongoing conflict in the east of the country.

"This funding brings EU humanitarian allocation to Ukraine in 2019 to EUR 23 million, the European Commission said on its website.

With the new funding, the EU will support conflict-affected civilians in non-government and government controlled areas, primarily those living along the line of contact, with heating during the harsh winter, as well as access to water.

It will also help repair healthcare facilities and schools damaged during the hostilities, facilitate access to healthcare services and supply medical equipment and medicines.

"More than five years of ongoing conflict have exhausted people's ability to take care of their basic needs. The EU is continuing to help the most vulnerable people on both sides of the contact line. This funding will help them withstand the harsh winter conditions," Commissioner for Crisis Management Janez Lenarčič said.

The EU humanitarian assistance is channelled via UN agencies, NGOs, and the International Committee of the Red Cross.

After more than five years of conflict, the situation in eastern Ukraine remains volatile and unpredictable. Since March 2014, the conflict has affected over 5.2 million people, of whom 3.5 million are still in need of humanitarian assistance. Humanitarian needs are steadily on the rise due to increased economic vulnerability of the conflict-affected population. Humanitarian access continues to confront restrictions in the non-government controlled areas. Indiscriminate shelling hampers the provision of essential services, such as water and electricity, on both sides of the contact line.

If you see a spelling error on our site, select it and press Ctrl+Enter
Tags:News of UkraineDonbasEuropeanCommissionfundingwinterhumanitarianaidhumanitarian