Zelensky's New Year address: Everyone should answer the question: who am I? 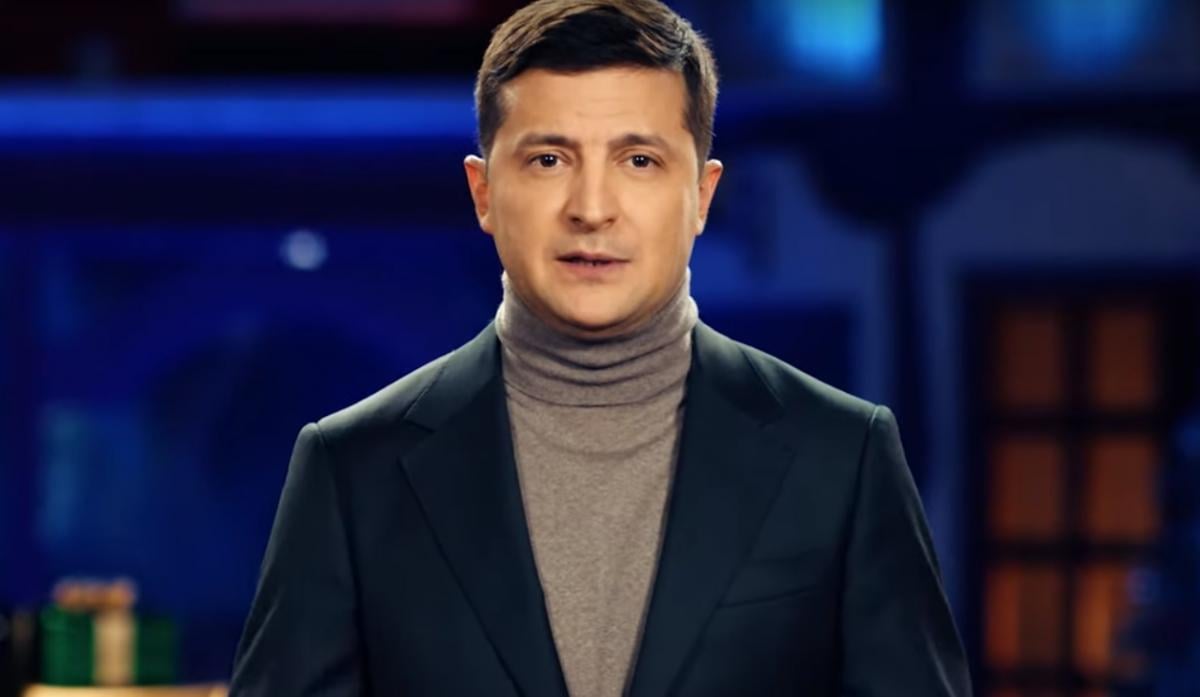 "Dear Ukrainians. Usually, in the New Year's greetings, presidents tell us about GDP growth, lower inflation, 'implementation', 'diversification', and other obscure terms. In general, they convince us that we've actually started living better, it's just that we haven't noticed this yet, so very often we just put our TVs on mute during the president's address and wait until he's done with his fairytale to finally move on to champagne, sandwiches with sprats, and a traditional New Year's salad.

Tonight it's going to be different. Tonight everyone will honestly answer themselves an important question: who am I? A president of Ukraine, a successful lawyer, an ordinary housewife, a philosophy department student from Kyiv Mohyla Academy, or an agronomist from Cherkasy region? Who am I? A former photographer protecting the country in the East? An ex- physicist now washing dishes in Italy? A former chemist building a skyscraper in Novosibirsk [in Russia]? A Donetsk doctor who moved and started his own practice? Or a teacher from Luhansk who moved, worked as a taxi driver for a couple of years, and then went back? Who am I? The one who has lived abroad for ten years, loving Ukraine on the Internet? The one who lost everything in Crimea and started everything from scratch in Kharkiv? An ІТ guy seeking to leave the country? Or a prisoner who had dreamed of returning home?

Who am I? An Ivano-Frankivsk native defending their native language? A native of Gurzuf [in Crimea]who protects their native language? A resident of Berehove [in Zakarpattia] who protects their native language? Or a resident of Kramatorsk who speaks their native language? The one who mastered Ukrainian? Because it’s normal to know the state language. The one who doesn't want to learn it? Who am I? The one who pays taxes? The one who cuts other cars on the road? A dog keeper? Red? Muslim? Hearing-impaired? Hating olives? Liberal? Excelling student? Didn't watch Game of Thrones? Sanguine? Vegan? Capricorn? Not offering a seat to anyone on subway? Blood donor? Turned down plastic? It's each of them. These are all Ukrainians. This is the way they are. We're not perfect, we're no saints. That's because we're only human. We're human beings. We have our flaws and quirks. But our passports don't say whether we're the right kind of Ukrainians or a wrong one. There's no entry there, saying "patriot", "Maloros" [a derogatory term used to describe a Ukrainian native with no national identity], "vatnik" [a derogatory term for a pro-Russian citizen] or "Banderite" [a derogatory term for a Ukrainian nationalist]. It says: "Citizen of Ukraine", who has rights and obligations. We are all very different.

So, as different as we are, how are we supposed to live together? Should we fence off? Should we put up a huge fence? Who convinced us that our differences matter? What if it's not so? Just think about it: is there really little that unites us? We are equally proud of the great Ukrainians. Would we no longer respect them if we knew whom Shevchenko or Lesia Ukrainka voted for in the elections? If Skovoroda or Khmelnytsky had different views on NATO? Would it be important to us, which church Kadeniuk and Lobanovsky would go to or what would Antonov or Korolyov think about customs clearance of imported cars, or what's Stupka and Bykov's attitude toward the "Normandy format"? We value them for something else, because we all really value something else.

We were equally happy when our [football] team made it to Euro. We laugh the same way when we drive on a neatly-paved road. We rejoice equally when our first child is born, no matter if it's a boy or a girl. We are happy when we are in love – both in Sloviansk [in eastern Ukraine] and in Drohobych [in western Ukraine]. And crosses on the graves of our soldiers, be it in Ternopil or Kryvyi Rih, don't compete in patriotism. And when our sailors and captives came back home, we cried with happiness – Ukrainian speakers and Russian speakers, ordinary housewives and successful lawyers, as well as the president of Ukraine.

There are many episodes in our history that unite us. And we learned to be a united country occasionally. This year, we need to be a united country every day. This must become our national idea: to learn to live together with respect, for the future of your country. After all, we see it the same way – a successful and prosperous country where there is no war, a country that has brought back its people and its territories. Where the name of the street doesn't matter because it is lit and paved. Where it makes no difference, at which monument you're waiting for the girl you love. If we see our future in the same way, it should unite us.

Dear Ukrainians, in the new 2020, I wish all of us to respect each other, to be healthy, prosperous, and to have many reasons to smile. I wish everyone to have a good rest, sleep, not overeat, and, of course, be slightly and pleasantly dizzy in the morning. May we all have peace! Let's remember that loving Ukraine means loving all Ukrainians, no matter in what corner of our country they were born."