The former official is on the international wanted list. 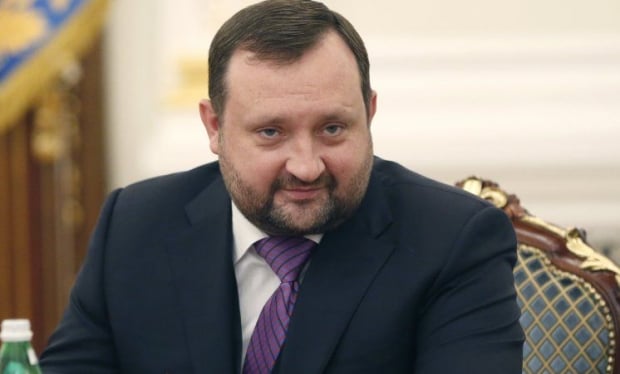 The High Anti-Corruption Court of Ukraine on Friday, January 3, convened to select a preventive measure to be applied to former First Vice Prime Minister of Ukraine, Serhiy Arbuzov, who was part of the team of the disgraced ex-president Viktor Yanukovych, and is being tried on corruption-related charges.

"The investigating judge of the High Anti-Corruption Court examined the motion of National Anti-Corruption Bureau detective and selected a measure of restraint to former first vice prime minister of Ukraine Mykola Azarov in the form of custody remand," the court press service said in a statement.

A preventive measure was selected in absentia, since the suspect is put on the international wanted list.

As reported earlier, Arbuzov is charged with abuse of power as part of a criminal organization, which led to the embezzlement of the National Bank's assets in the amount of UAH 220 million.

If you see a spelling error on our site, select it and press Ctrl+Enter
Tags:News of UkrainecorruptionarrestcourtArbuzov