The ruling is supposed to take effect in 10 calendar days. 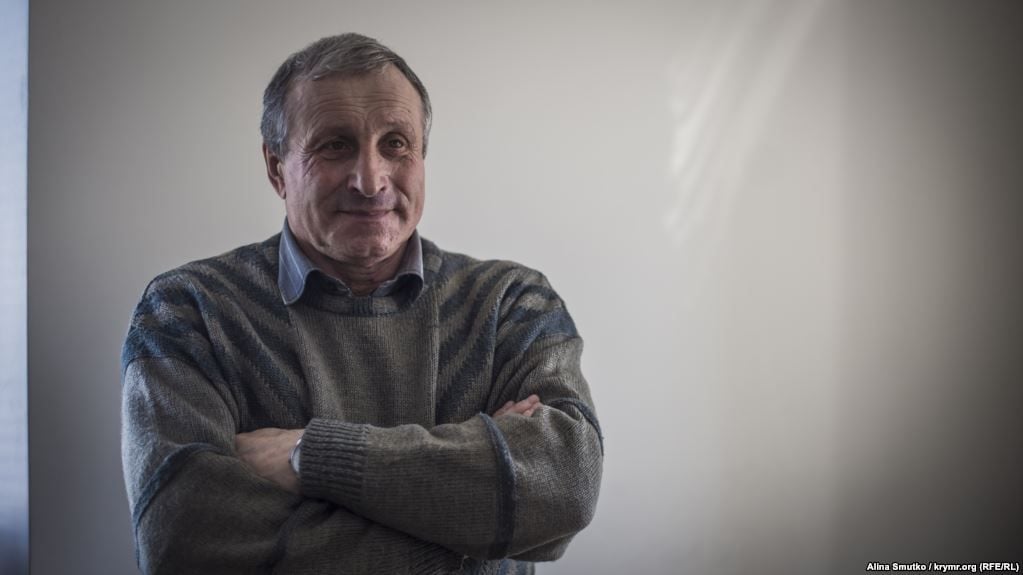 A court in Ukraine's Russia-controlled Crimea region has ruled to prematurely terminate the probation period and expunge the criminal record of Mykola Semena, an RFE/RL contributor who was convicted of separatism on the occupied peninsula.

The court in Simferopol, the region's capital, on January 14 upheld the motion filed by the lawyer of Semena, who has contributed to the Crimea Desk of RFE/RL's Ukrainian Service.

The ruling is supposed to take effect in 10 calendar days.

In December, the National Union of Journalists of Ukraine asked President Volodymyr Zelensky to include the native Crimean journalist and five other colleagues on the list of people held captive in occupied territories for a prisoner exchange and be released to mainland Ukraine.

Semena was arrested by the Russia-imposed authorities in April 2016 and charged with acting against the "territorial integrity of the Russian Federation."

He says the accusation was politically motivated and violated fundamental freedoms of expression and that Russian authorities based their case on an inaccurate translation of one of his stories from Ukrainian into Russian.

In September 2017, a court convicted him and gave Semena a 2 1/2-year suspended sentence and banned him from "public activity" for three years.

Three months later, a court that Russia calls the Supreme Court of Crimea upheld his conviction.

The United States, the European Union, the Organization for Security and Cooperation in Europe, and international media watchdogs have all condemned the trial and verdict.

The United Nations has documented numerous human rights abuses in Crimea, accusing the Russian-imposed authorities of conducting a persistent campaign of oppression that targets opponents of the peninsula's annexation, including many among the regions' indigenous Crimean Tartars, independent media outlets, and journalists.

If you see a spelling error on our site, select it and press Ctrl+Enter
Tags:News of UkraineCrimeaSemenajournalistoccupiedCrimeapoliticalprisoners