Captured Russian soldier Yerofeyev: I want to be tried for espionage, not terrorism 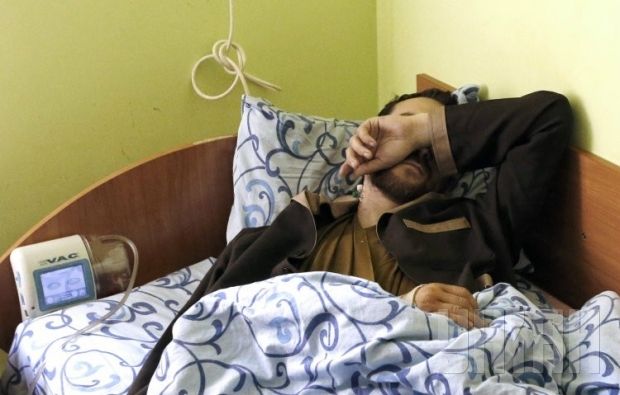 According to Russian newspaper Novaya Gazeta, he took such a decision together with his lawyer.

"Together with my lawyer, we would like to reclassify the charges from terrorism into espionage. No comments," he said.

As UNIAN reported earlier, Yerofeyev said that he did not kill anyone and did not consider himself a terrorist.

As UNIAN reported earlier, on May 16, Ukrainian military from the Aidar volunteer battalion reported that it had captured two Russian soldiers, Alexander Alexandrov and Yevgeniy Yerofeyev, in Luhansk region.

Ukrainian SBU Chief Valentyn Nalyvaichenko announced on May 18 that the two Russian servicemen would be put on trial for being in a terrorist organization.

Russia's defense ministry, like the Kremlin, earlier said that the Russian soldiers captured by the Ukrainian military in the Donbas conflict zone on May 16 were not acting servicemen of the Russian armed forces, but nevertheless demanded their release.

On May 22, Kyiv's Shevchenko District Court ordered that Russian citizens Aleksandr Aleksandrov and Yevgeniy Yerofeyev, who were captured in the town of Schastia in Donbas on May 16, be kept in custody until July 19.

The Kremlin denies that it has sent troops or equipment into Ukraine to support the anti-government militants in the Donbas, but a large and rapidly growing body of evidence makes these denials scarcely credible.