The issue of unity is of concern to every Ukrainian, the president says. 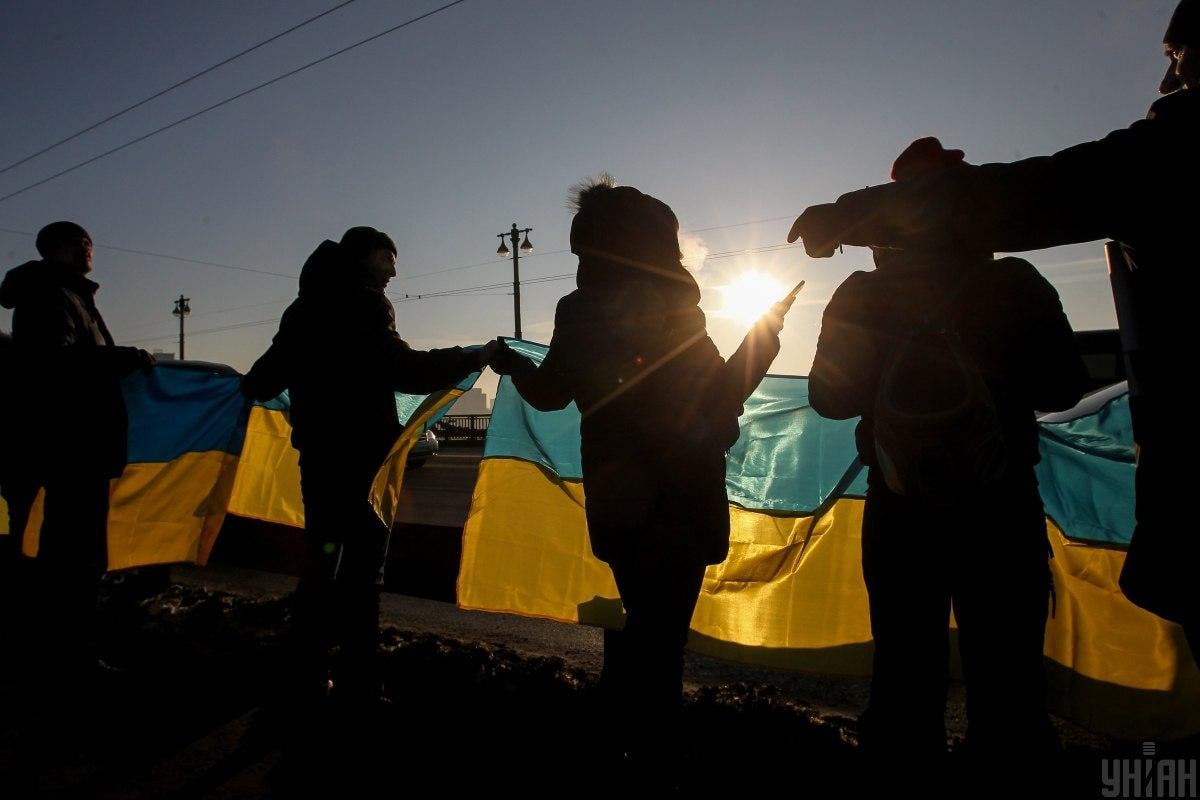 To become strong, Ukraine must be united / Photo from UNIAN

"'One of the most momentous events in the history of Ukrainian statehood and national liberation war took place on this day 101 years ago. Everlasting dreams have come true, for which the best sons of Ukraine lived and died.' This is a quote from the Act Zluky ['Unification Act'], which declared reunification into a single, independent country, and was solemnly proclaimed by UNR [the Ukrainian People's Republic] and ZUNR [the West Ukrainian People's Republic] activists at Kyiv's St. Sophia Square on January 22, 1919," the president said in a congratulation published on his official website.

"It was met with sublime and enthusiasm in all corners of Ukraine: finally there was a chance for building a united and independent country. But, unfortunately, it was lost. The ambitions of the then politicians prevented them from achieving real state unity. Unity is not about words but about deeds," Zelensky said.

"Over a hundred years have passed. Have we drawn conclusions from history? It teaches us a simple but vital principle for Ukraine: we're strong only if we're together," the president said.

According to Zelensky, the issue of unity is of concern to every Ukrainian.

"Will we be able, without arguing about our past, to move toward our future? In the modern world, the sense of a nation as a whole arises not only due to common traditions, culture, and religion. There are also values... Values of mercy and decency. Politeness and tolerance. Values of freedom and democracy. A desire for economic well-being and prosperity. A desire to be rich. Values of respect for the law, private property, and respect for each other," he said.

"To be strong, we need to become united. To become united, we must be strong. Remember this! Happy holiday to you! Happy Ukraine Unity Day!" Zelensky concluded.

If you see a spelling error on our site, select it and press Ctrl+Enter
Tags:News of UkraineholidayunitydayZelenskynation