The country has retreated to the level of 2017. 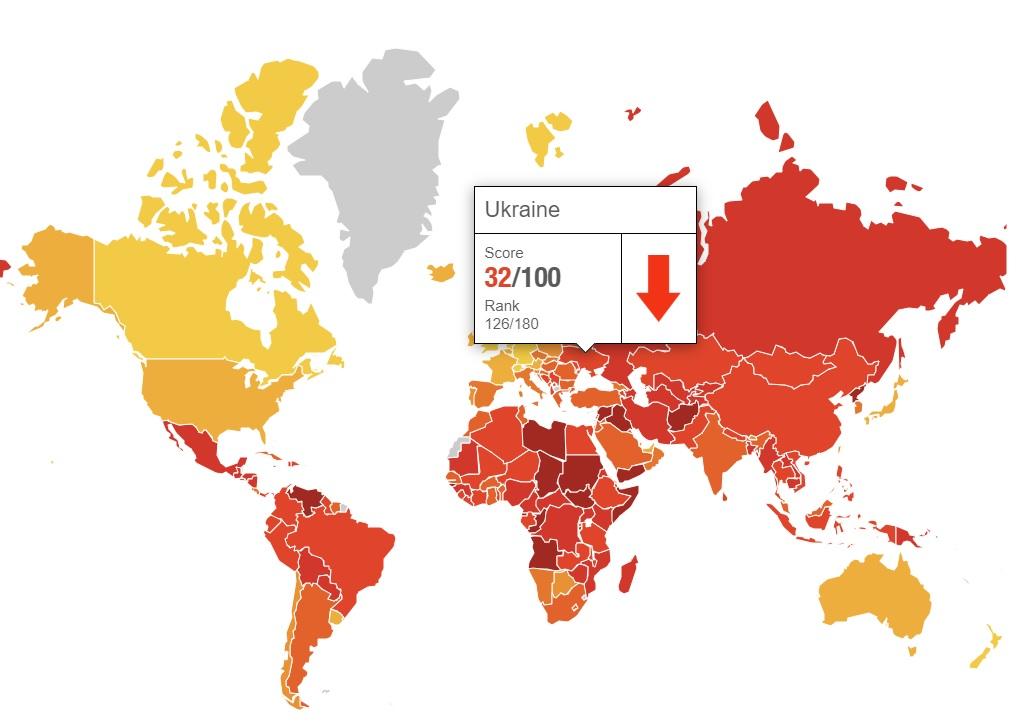 Transparency International (TI) has released the Corruption Perceptions Index (CPI) 2019, according to which Ukraine lost two points, scoring 30 out of 100.

"We have gone back to the level of 2017 and now rank 126th out of 180 countries. Our neighbors in the index are Kyrgyzstan, Azerbaijan and Djibouti," TI Ukraine said on its website.

It is noted Ukraine's score is based on nine different surveys. In three, it improved slightly, in another three no change was observed, while in the remaining three its score dropped. It should, however, be noted that, similar to other indices, the CPI can be slow to reflect what is happening on the ground in many countries.

Among its neighbors, Ukraine is ahead of Russia, which maintains its position (28 points, rank 137). Out of the remaining neighbors, Poland is the expected leader with 58 points (rank 41), followed by Slovakia (50 points, rank 59). Belarus gained 1 point and now ranks 66th with 45 points. Some of our neighbors have lost points this year: Romania lost 3 points, Hungary – 2 points, and Moldova – 1 point.

CPI leaders are mostly the same. The top spot is shared by New Zealand and Denmark with 87 points each. Notably, eight out of 10 countries in top 10 represent Western or Northern Europe.

The bottom of the list is occupied by countries with long-lasting unstable political situation, military conflicts and uneven control of the government over the territory – Somalia (9), South Sudan (12) and Syria (13).

It is reported compared to the previous year, Armenia gained more points than any other country in the region (+7, to a total of 42). After the revolution in 2018 and formation of the new parliament, the government is moving towards building its anti-corruption policy. Despite numerous positive decisions, issues such as conflict of interest, opacity and lack of accountability in public authorities remain in place.

If you see a spelling error on our site, select it and press Ctrl+Enter
Tags:News of UkrainecorruptionCPI