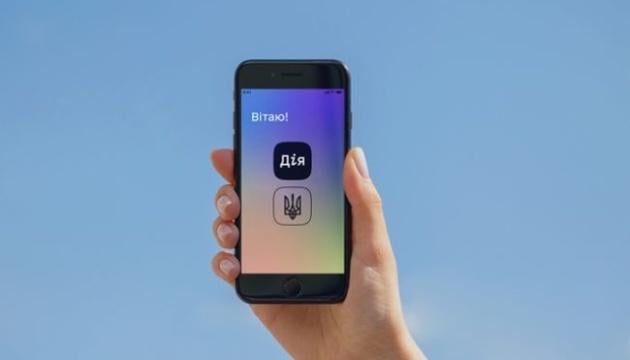 Ukrainian President Volodymyr Zelensky has announced the launch of the Diia [Action] mobile application as part of the State in a Smartphone project.

"Today we are introducing the Diia app. From now on, it is available on Apple Store and Google Play," Zelensky said during a presentation in Kyiv on Thursday, according to an UNIAN correspondent.

"Other countries have been moving toward this for years. We managed to make it within six months. And, as far as I know, Ukraine has become the third country in Europe that has an option like that," Zelensky said.

He emphasized not a single hryvnia from the state budget had been spent on creating the app.

As UNIAN reported earlier, the Ministry of Digital Transformation previously said it intends to launch the mobile app, which will unite all services that the state provides to citizens and businesses. The ministry said it would transfer the provision of all services to digital format within five years and in three years Ukraine would enter the TOP 3 countries in the field of open data in the world.

Ukrainian Prime Minister Oleksiy Honcharuk called the implementation of the State in a Smartphone project a priority for the government.