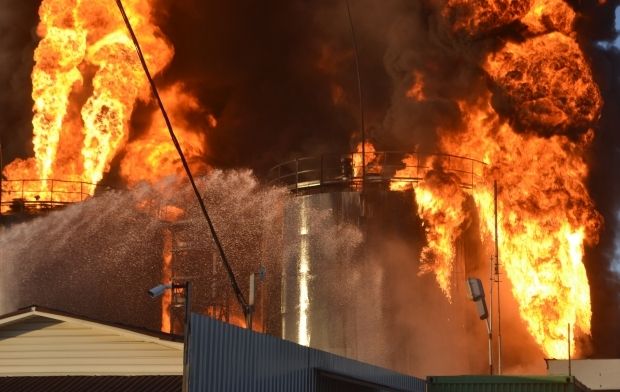 "The main focus in fighting with fire is through a foam attack, as well as to protect and cool nearby fuel tanks," the report says.

It was also reported that the blasts in above-ground fuel tanks occurred as a result of the spread of fire. The volume of damage and number of casualties are being determined, emergencies workers said.

Those involved in fighting the fire are working around the clock.

As UNIAN reported earlier, on Tuesday, at about 0800, a powerful explosion ripped through the oil depot, where a fire broke out yesterday.

According to Interior Minister Arsen Avakov, six firefighters have been hospitalized, while another two are missing.