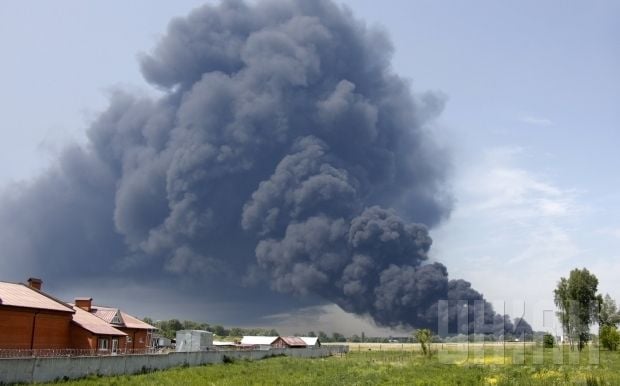 According to the report, as of 1200, nine tanks were on fire. Attempts to put out the fire are continuing. Rescuers and police officers are working at the scene.

"People living in nearby villages, including villagers of Kriachky and Kobtsi, are being evacuated," the report reads.

On Tuesday, at about 0800, a powerful explosion ripped through the oil depot, as a result of which one person was killed and another 14 injured.