Rescue workers have managed to cool down and put out fires in three tanks, one of which was held oil, the State Emergency Service of Ukraine wrote on Facebook page on Wednesday afternoon. 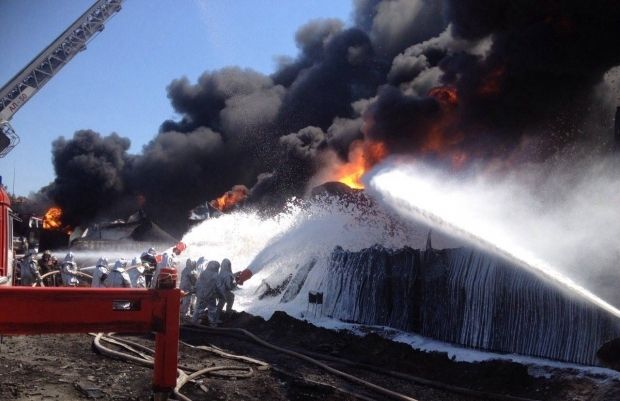 "At the moment, we have a rotation of rescuers and equipment to ensure there is a continuous operation to put out the fire," the report says.

In addition, it is reported that the service is constantly taking air pollution measurements.

"There are no noxious emissions in the atmosphere. The situation is under control. There is no threat to human health," the report reads.

According to the State Emergency Service of Ukraine, there are sufficient supplies of medicines, food and drinking water at the scene.