He was detained by Russia-controlled occupying authorities in the middle of November 2016. 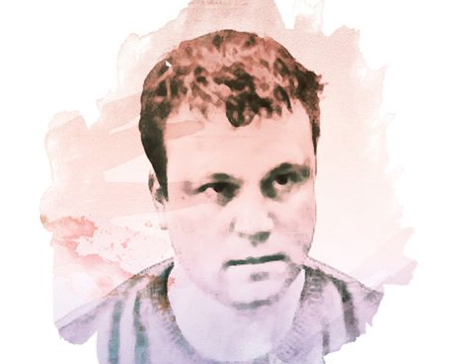 The ex-prisoner is in Kyiv now / Photo from facebook.com/denisovaombudsman/

Ukrainian political prisoner Oleksiy Stohniy has arrived in Kyiv after the end of his term served in a penal colony in the city of Kerch in Russia-occupied Crimea.

He was detained in the middle of November 2016 when leaving the peninsula towards mainland Ukraine; Russia-controlled occupying authorities brought charges against him as part of the so-called "Ukrainian saboteurs' case."

"For all these years, our citizen has been kept in unbearable conditions while serving a term in a prison controlled by the occupying country, which has greatly affected his health," Ukrainian Verkhovna Rada Commissioner for Human Rights Liudmyla Denisova said on Facebook on February 19.

"I will urgently take appropriate measures to arrange highly qualified medical examinations and the necessary medical care for Oleksiy," she said.

She also wrote that she had been doing everything within her power to facilitate the return of 115 Ukrainian citizens, who are still illegally held by the aggressor country, the Russian Federation.

"I call on representatives of international human rights organizations and the diplomatic corps to use all levers of influence to ensure that the fundamental rights and freedoms of Ukrainian citizens who are still prisoners of the Kremlin are respected," she said.

According to NGO Association of Relatives of the Kremlin's Political Prisoners, Stohniy was released in late January 2020, but his family did not want to announce his release to avoid possible risks related with his departure from Russia-occupied Crimea.

If you see a spelling error on our site, select it and press Ctrl+Enter
Tags:News of UkraineRussiaCrimeaRussianAggressionoccupiedCrimeapoliticalprisonerKremlinPrisonersprisoner