Ukraine's security service said the fake email that was supposedly from the Ministry of Health had actually been sent from outside the country. 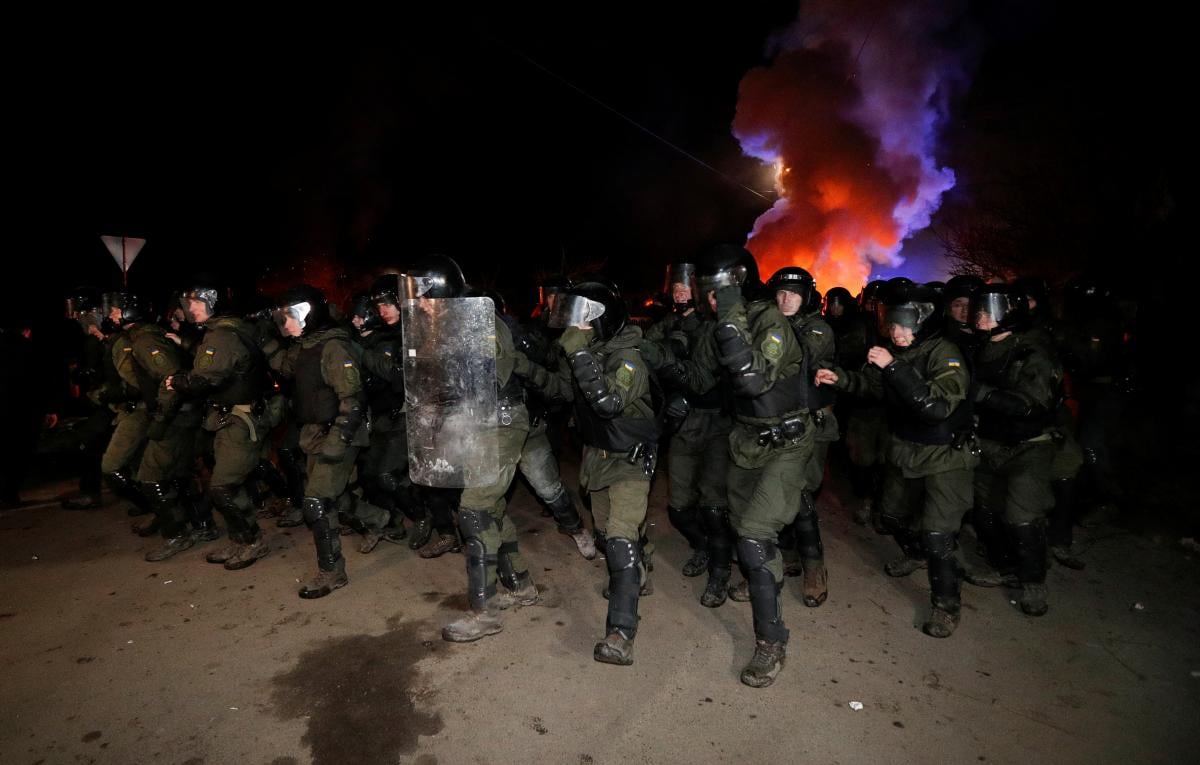 A dangerous mix of fear and fake news about the coronavirus has sparked violent protests in Ukraine, despite there being no confirmed cases in the country.

Protests and clashes with riot police have broken out in several places after a mass email claiming to be from Ukraine's health ministry spread false information that there were five cases of coronavirus in the country, on the same day a plane carrying evacuees from China arrived. Protesters have smashed the windows of buses carrying evacuees and set fire to makeshift barricades, BuzzFeed News Contributor Christopher Miller wrote in an article on February 20, 2020.

But the email, sent to the Ministry of Health's entire contact list, had actually originated from outside Ukraine, the Security Service of Ukraine (SBU) said in a statement.

Only two Ukrainians have been infected with the coronavirus and they are aboard the Diamond Princess cruise ship docked in Japan, and they've already recovered.

In Ukraine, where trust in the health care system and the government is low, anxiety about the outbreak spread as fast as the fake news claiming the first cases had arrived in the country was disseminated online. It didn't seem to matter that Ukraine's Center for Public Health put out a message warning of the fake news or that President Volodymyr Zelensky said authorities had everything under control.

"Attention! The reports about five confirmed cases of COVID-19 coronavirus in Ukraine are UNTRUE," the Center for Public Health said in a statement, referring to the official name of the disease caused by the coronavirus.

But the messages trying to reassure people were not the ones that went viral.

Tensions reached a fever pitch by midday in the village of Novi Sanzhary, in Ukraine's central Poltava region, where residents protested the arrival of the evacuees over fears they could be infected with the coronavirus, including smashing the windows of buses transporting them.

As the skirmish dragged on, Ukraine's National Guard had to counter what it said was more fake news, this time about the medical staff at Novi Sanzhary's hospital fleeing the facility.

Nina Jankowicz, a disinformation fellow at the Wilson Center and author of the forthcoming book How to Lose the Information War, told BuzzFeed News that health-related disinformation and misinformation has huge potential in Ukraine because there is mistrust in the state health care system, which is widely viewed as inefficient and subpar.

"Combine this with mistrust toward official government information sources and a sensationalist media and you have a recipe for panic, especially with a pandemic like coronavirus," she said.

As UNIAN reported earlier, Ukrainian journalist Andriy Tsaplienko posted a photo of possible provocateurs in the protests against the arrival of evacuees from the Chinese city of Wuhan, the epicenter of the novel coronavirus outbreak

"Ukraine has been discredited," Tsaplienko wrote in a caption to the photo, adding that news footage showing riots against fellow citizens "makes our enemy happy", hinting at Russia.

"This very much resembles the scripts of 2014 where the same kind of our fellow citizens were stopping Ukrainian tanks. And it seems that the scriptwriters were the same. It's a shame that in the sixth year of war, we are still so easy to manipulate."

If you see a spelling error on our site, select it and press Ctrl+Enter
Tags:News of UkraineRussiafakenewsinfowarscoronavirus