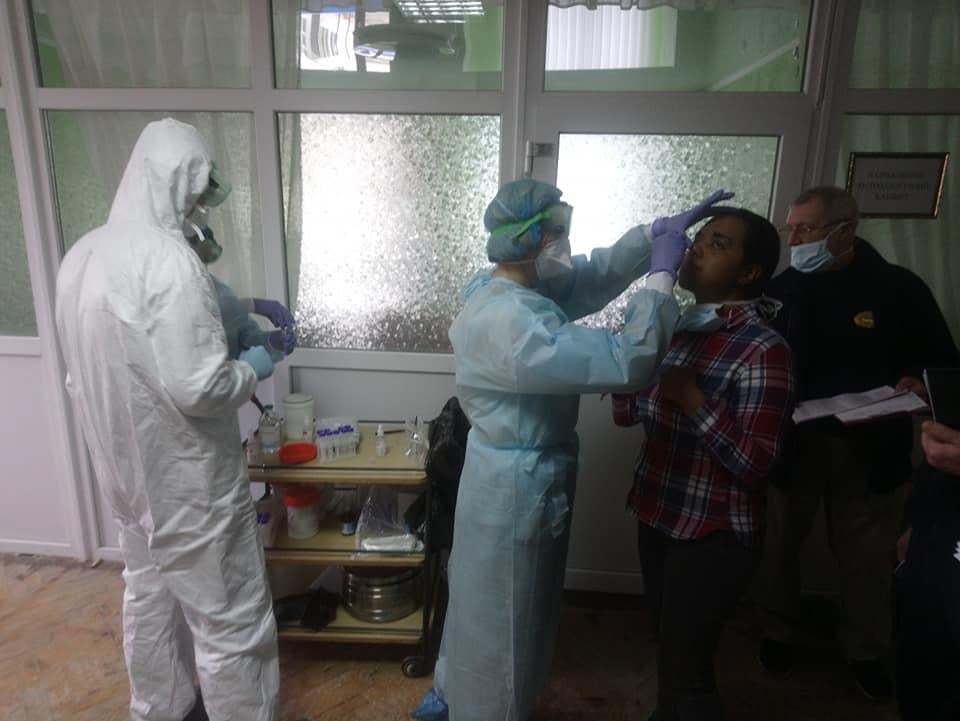 A biological material for coronavirus has been taken from Ukrainian citizens and foreigners evacuated from China who are currently being observed at the National Guard's Novi Sanzhary health center in Poltava region.

"Epidemiologists have arrived at the National Guard health center. They're taking material for coronavirus from the nasal cavity of aircraft passengers and crew members of the rescue mission," journalist Oleksandr Makhov wrote on Facebook.

Medical tests will be checked in a laboratory in the capital city of Kyiv.

If you see a spelling error on our site, select it and press Ctrl+Enter
Tags:News of UkraineUkraineChinaevacuationtestscheckscoronavirusNovi Sanzhary