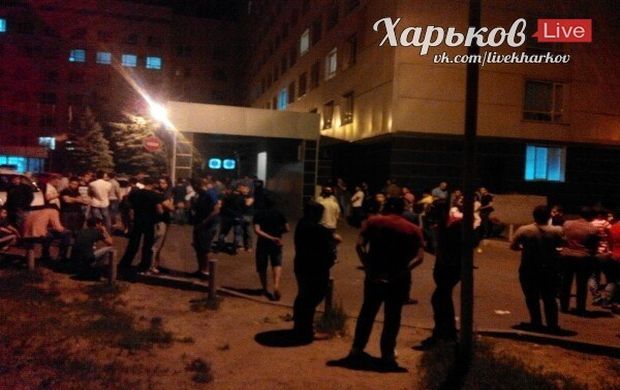 According to the report, three of those injured, including one woman, received medical treatment on an outpatient basis.

"All the victims have moderately severe injuries. Five people are in polytrauma department, and one person is in the neurosurgery department of the hospital of emergency medical care. One of the hospitalized may require surgery," Horbunova-Ruban said.

As UNIAN reported earlier, on the night of June 12, about 40 people organized a attack on Otakar Yarosh Street in Kharkiv near the dormitories of several universities. Later, a message about the attack was received from Klochkovska Street, which is three kilometers away from Otakar Yarosh Street.

As Ukrainian Interior Ministry reported, six people were injured as a result of the attack.