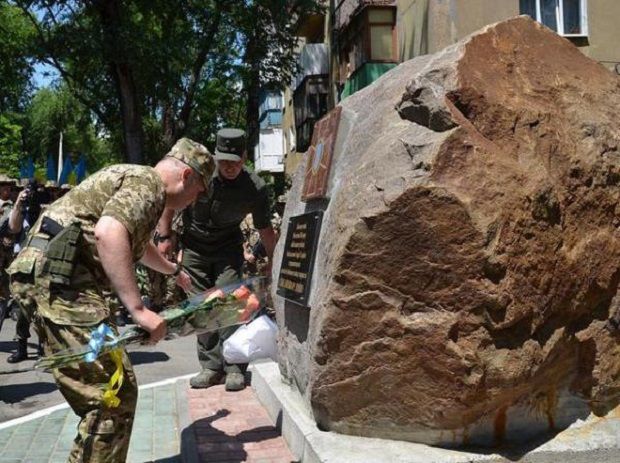 A monument to the fallen defenders of Mariupol has been unveiled / Photo from infoline.ua

Participants in the event observed a minute's silence in remembrance of the police officers, soldiers of the National Guard and the Armed Forces of Ukraine who have been killed in the Anti-Terrorist Operation (ATO) zone, the NSDC press service told UNIAN.

Addressing those present at an official meeting devoted to the Day of the Liberation of Mariupol, Turchynov said that the main task set before the Ukrainian military during the liberation of the city "was to prevent any casualties among civilians during the operation."

"Risking their life, our heroes coped with that task the best way possible. Today Mariupol is an example of resistance and resilience, and inspires [us] to free our land from the occupants," he said.

According to Turchynov, it is symbolic that the central square of the city, which was bearing the name of "a Bolshevik tyrant, has been renamed Freedom Square."

"And this is this Freedom Square where we will celebrate the liberation of our land," he added.

The press service reported that right after the event and a meeting with local residents, Turchynov had set out to the front edge of the ATO sector facing the most active hostilities.

Mariupol is marking the first anniversary of liberation