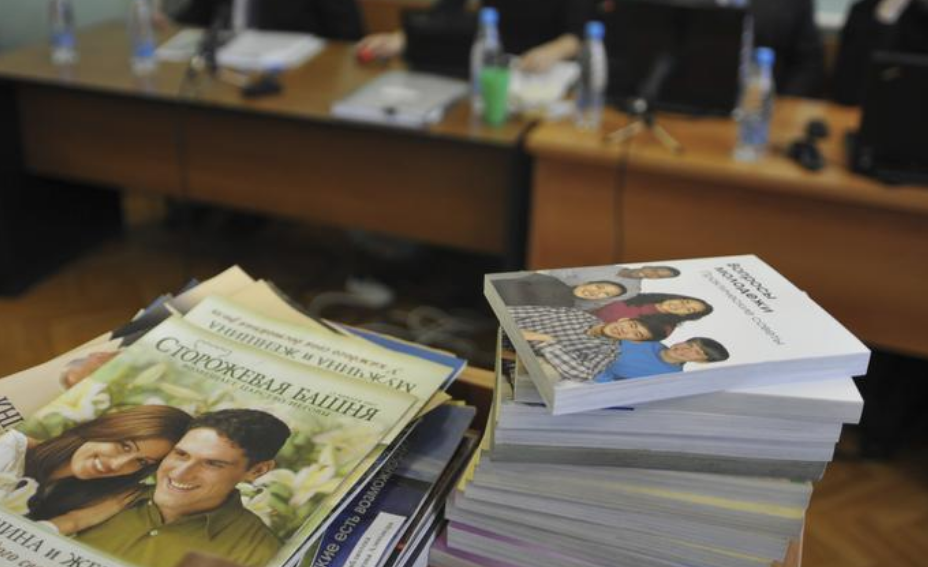 The Jehovah's Witnesses have been viewed with suspicion in Russia / Photo from hrw.org

A Russian-controlled court in Ukraine's Crimea has sentenced a Jehovah's Witness to 6 years in prison for being a member of an extremist group, in what Amnesty International called "the latest example of the wholesale export of Russia's brutally repressive policies" to the Black Sea peninsula.

The Dzhankoy district court on March 5 found Sergei Filatov guilty of being a member of the religious group and handed down the sentence on the same day, the Jehovah's Witnesses said in an email, Radio Free Europe / Radio Liberty (RFE/RL) said.

According to the group, Filatov is the religious organization's first member sentenced in Russia-annexed Crimea, and the 30th Jehovah's Witness convicted in Russia and Crimea since 2017. Ten of the convicted have received prison sentences.

Russia officially banned the Jehovah's Witnesses in April 2017 and deemed it an "extremist organization," a designation the U.S. State Department has characterized as "wrong."

Filatov, a father of four, had to move from continental Ukraine, where the Jehovah's Witnesses are legal, to Dhankoy to take care of his ill daughter, his supporters told Crimean Solidarity, a rights group that has members in Crimea and other parts of Ukraine.

Crimea has been controlled by Moscow since March 2014 after Russia forcibly annexed the peninsula, sending in troops and staging a referendum denounced as illegitimate by at least 100 countries after Moscow-friendly Ukrainian President Viktor Yanukovych was ousted amid a wave of public protests.

"Sergei Filatov is a prisoner of conscience, facing years in a penal colony solely for expressing his faith. Across Russia, Jehovah's Witnesses are being sent to jail, tortured and harassed under vague counter-extremism legislation," said Marie Struthers, Amnesty International's Eastern Europe and Central Asia director.

"It is chilling to see the Russian authorities roll out their pursuit of Jehovah's Witnesses across the border," Struthers said in a statement.

Also, on March 5, another court in the Crimean city of Yalta, convicted another member of the religious group, Artyom Gerasimov, of organizing extremist activities and fined him 400,000 rubles.

The group says the case against Gerasimov stemmed from his bible studies sessions with others.

The Jehovah's Witnesses have been viewed with suspicion in Russia for decades due to the views of its members about military service, voting, and government authority in general.

Since the faith was outlawed in Russia, nine Jehovah's Witnesses have been imprisoned in Russia. They include Danish citizen Dennis Christensen, who was sentenced in February 2019 to six years in prison in the western city of Oryol.

The charges against Christensen have been condemned by rights groups in Russia and abroad.

If you see a spelling error on our site, select it and press Ctrl+Enter
Tags:News of UkraineRussiaCrimeaoccupiedCrimeareligion