Truck with ammunition blows up in Poltava overnight 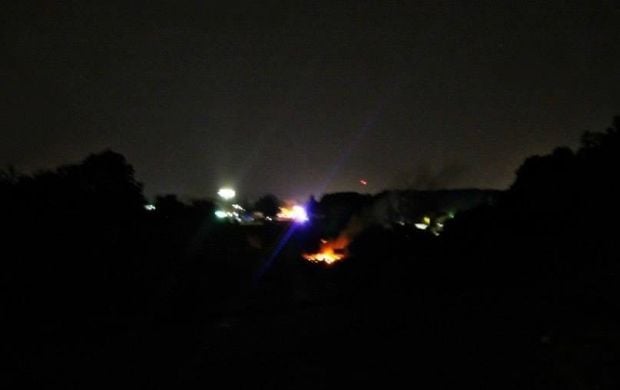 According to the eyewitnesses, the truck caught fire while it was moving.

The soldiers in the truck noticed fire in time and tried to put it out. However, after a few minutes they called for firefighters. The ammunition in the trailer then began to explode, with people in the area starting to hear explosions at about 0100.

A witnesses told an UNIAN correspondent that a column of military vehicles was driving on the highway after midnight, when the cabin of one of the trucks caught fire. As a result of the fire, the ammunition began to explode.

According to the report, there were no casualties as a result of the accident.

"The car was traveling from Kyiv to the Donbas conflict zone. No casualties, explosive experts are working at the scene," said Yuriy Sulaiev, a representative of the Interior Ministry in Poltava region.

The accident occurred at the place where there were no houses and a few hundred meters from fuel filling stations. The road was immediately closed off in order to prevent injuries.

The official cause of the fire will be established by the law enforcement agencies.