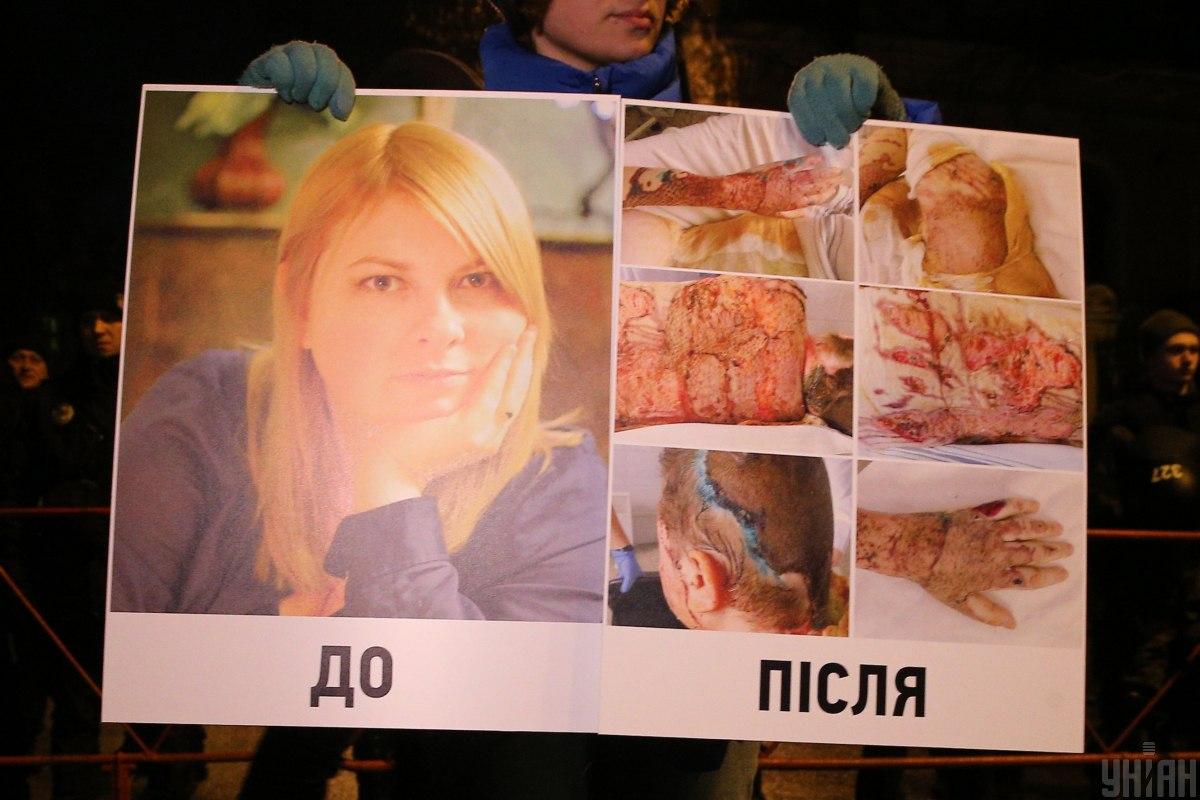 The Shevchenkivsky District Court of Kyiv on Wednesday extended until July 29, 2020, the term of pretrial investigation in the case of the murder of Kherson-based activist Kateryna Handziuk.

"The prosecutor’s petition had been granted. The investigation into Katia’s case where Manger and Levin are being charged was extended to July 29, 2020," the lawyer wrote on Facebook.

It should be noted that the hearing on the petition began yesterday, March 24.

The defense team's appeal was overruled.

She suffered burns to more than 35% of her body and underwent 11 operations in Kyiv. Handziuk died on November 4, 2018. The immediate cause of her death was a severed blood clot resulting from the acid attack. Police originally qualified the attack as an attempted murder committed with extreme cruelty, then its status was changed to completed murder.

Six suspects were detained, one of whom, Mykola Novikov, was later released from custody as charges against him had been dropped. On May 7, 2019, the Prosecutor General's Office sent an indictment against five defendants in the case of the murder: Mykyta Hrabchuk, Volodymyr Vasyanovych, Vyacheslav Vishnevsky, Serhiy Torbin, and Viktor Horbunov.

On January 27, Levin was put into custody in Bulgaria's Burgas for a 40-day term after being detained on January 24. On February 22, the court of the city of Burgas (Bulgaria) ruled to extradite Levin to Ukraine. He was extradited on March 16 and is now being held in custody.