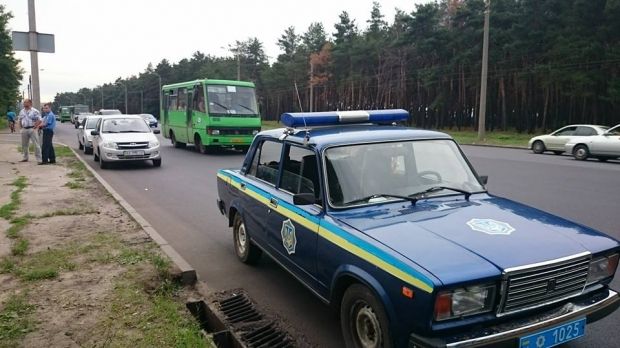 Three mini buses in Kharkiv were attacked with the use of weapons / facebook.com/slava.mavrichev

The first incident occurred on Chkalov Street in Kharkiv, the other two happened in the city's Saltivka residential area. The time interval between the incidents was from 20 to 25 minutes. Police are working on the scene.

A source at the Security Service of Ukraine told the media group that the third mini bus had been attacked on Hvardiytsiv-Shyronintsiv Street, near the crossroad of Heroyiv Truda Street. At the same time, the police have not confirmed yet that the third bus was attacked.

Police have already got footage from video surveillance cameras, while several witnesses have been able to report possible number plate data of the SUV that opened fire on the mini buses.

An operation to intercept the vehicle has already been launched in Kharkiv.