More than 130 firefighters, three aircraft, and 21 vehicles were deployed on April 4 to battle the fire. 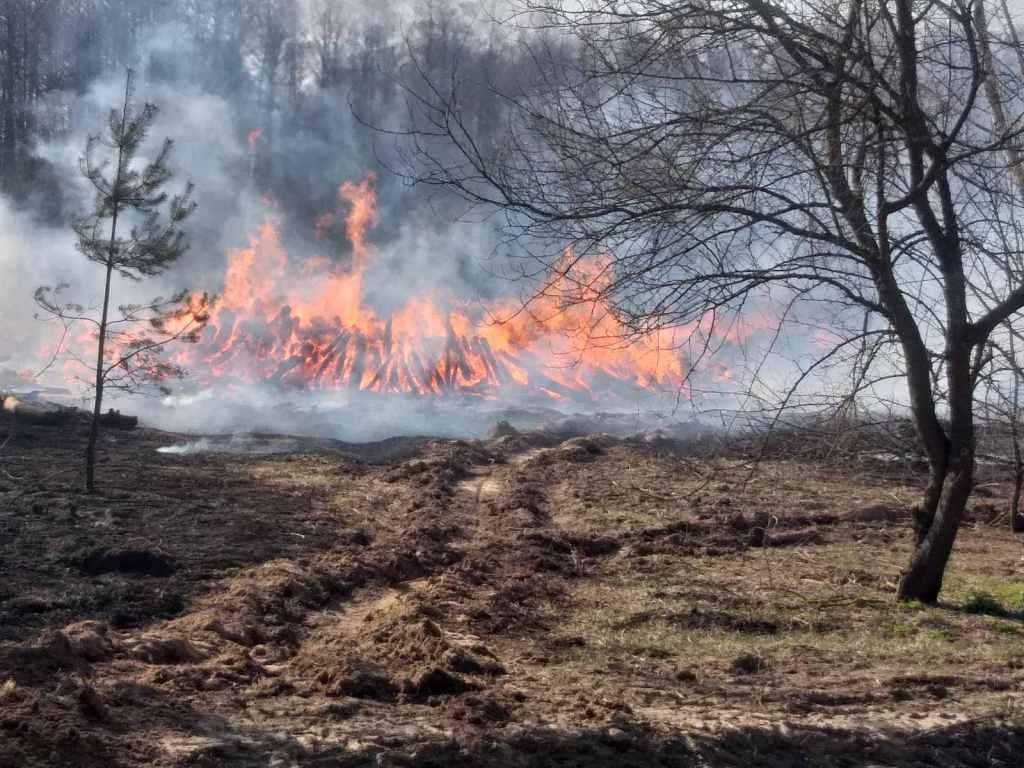 The Kyiv police have identified a man who allegedly started a mass fire in the uninhabited exclusion zone around the decommissioned Chornobyl nuclear plant last week.

The police said on April 6 that a 27-year-old resident of the Rahivka village told investigators that he had set some garbage and grass on fire "for fun," Radio Free Europe/Radio Liberty (RFE/RL) reported.

Police launched a probe into the destruction of forestry, an offense which can be punished with hefty fines or imprisonment for up to five years.

The young man, whose identity was not disclosed, has not yet been officially charged.

Earlier in the day, the State Emergency Service said firefighters and rescue teams continued to put out fires at two sites near Rahivka, adding that radiation levels in the capital, Kyiv, and Kyiv region were within the normal range. The total area affected by the fire near Rahivka was reported as five hectares.

A day earlier, Ukraine's emergency authorities said that the fire had been extinguished near the villages of Volodymyrivka and Zhovtneve, close to the exclusion zone. More than 130 firefighters, three aircraft, and 21 vehicles were deployed on April 4 to battle the fire.

The territory is the long-vacated area near where an explosion at the Chernobyl (Chornobyl) Soviet nuclear plant in April 1986 sent a plume of radioactive fallout high into the air and across swaths of Europe.

A number of regions of Ukraine this week have reported brushfires amid unseasonably dry conditions.

Fires are a routine threat in the forested region around the exclusion zone.

If you see a spelling error on our site, select it and press Ctrl+Enter
Tags:News of UkrainepolicefireChornobylforestfire