The incident was reported on April 10. 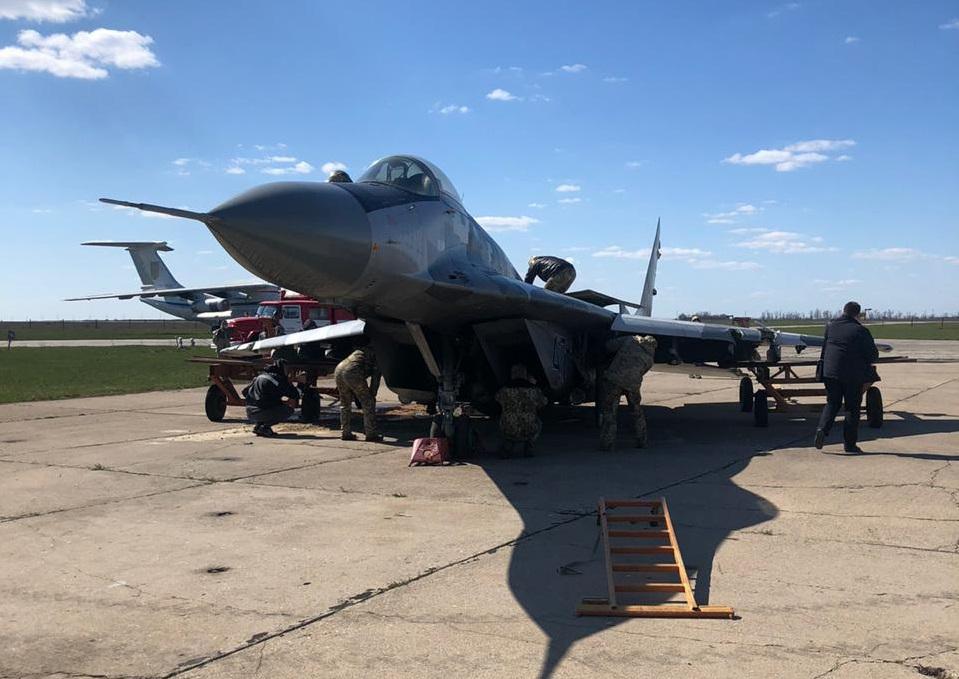 The pilot violated the flight rules / Photo from the SBI

The State Bureau of Investigation (SBI) is probing into an emergency landing of a MiG-29 jet fighter of the Air Force of Ukraine.

"According to preliminary information, a pilot of a military unit of the Armed Forces of Ukraine, which is deployed in the city of Melitopol, violated the flight rules during a planned landing of a MiG-29 at 21:00 Kyiv time on April 10, as a result of which the aircraft was damaged. No one was injured," the SBI said on its website on April 11.

The pretrial investigation is under way to probe into the violation of the flight rules, which entailed grave consequences (Article 416 of the Criminal Code of Ukraine).

The punishment is imprisonment for a period of five to 15 years. 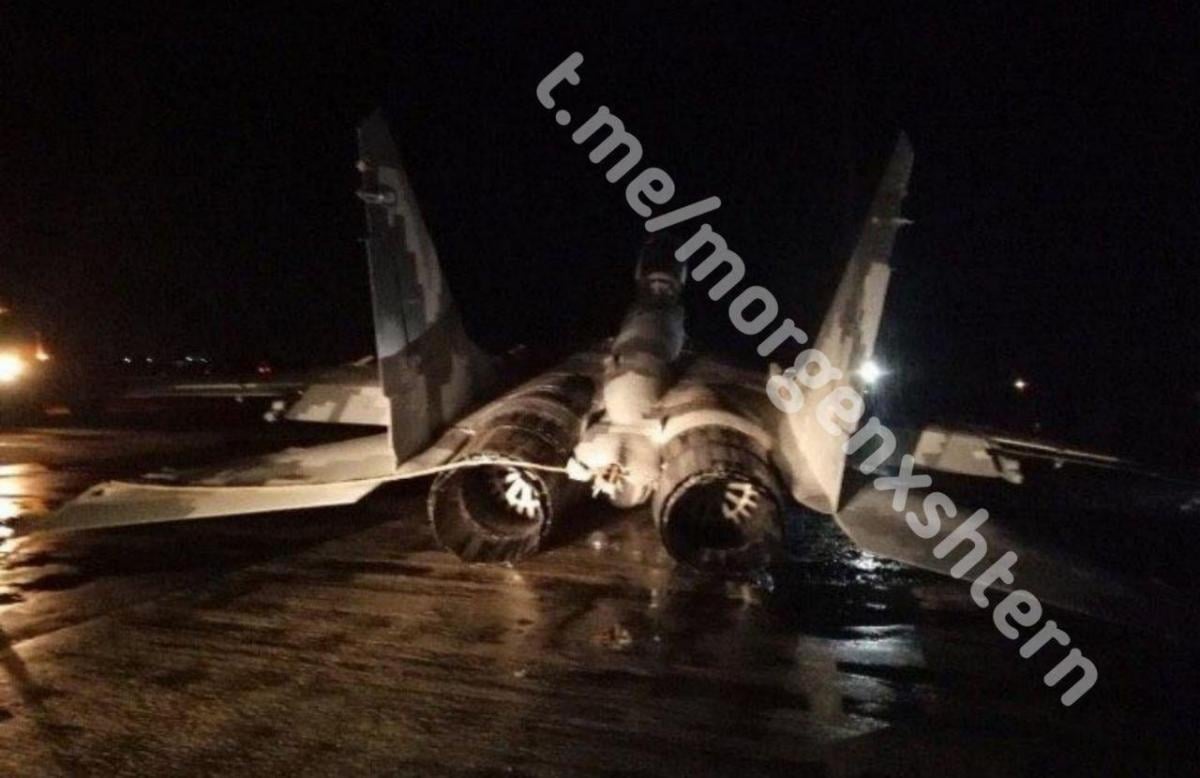 The incident was reported late on April 10 / Photo from t.me/morgenxshtern

As was reported, the incident happened at Melitopol's airfield, Zaporizhia region. The aircraft made an emergency belly-landing on the runway, one of its wing was damaged. The pilot survived. 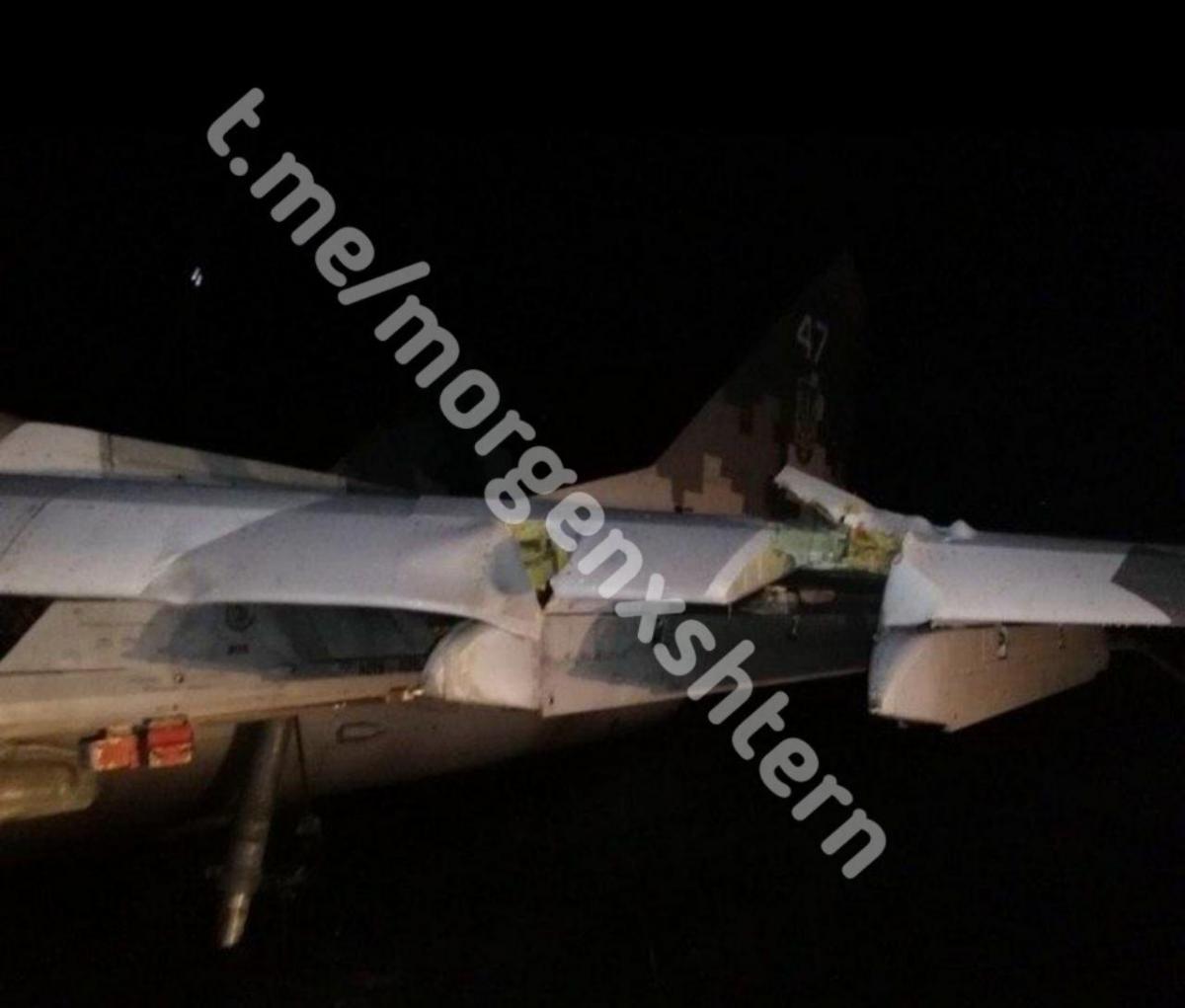 One of the jet's wings is damaged / Photo from t.me/morgenxshtern

The jet fighter, built in March 1990, was used by the 168th flight test center in Crimea until 2001 and mothballed after disbanding. In 2014, it was relocated from the Russia-occupied peninsula. In 2016, it was repaired at Lviv State Aircraft Repair Plant and transferred to the 204th Lutsk-based tactical aviation brigade.

If you see a spelling error on our site, select it and press Ctrl+Enter
Tags:News of UkraineemergencyincidentlandingMig29fighterjet