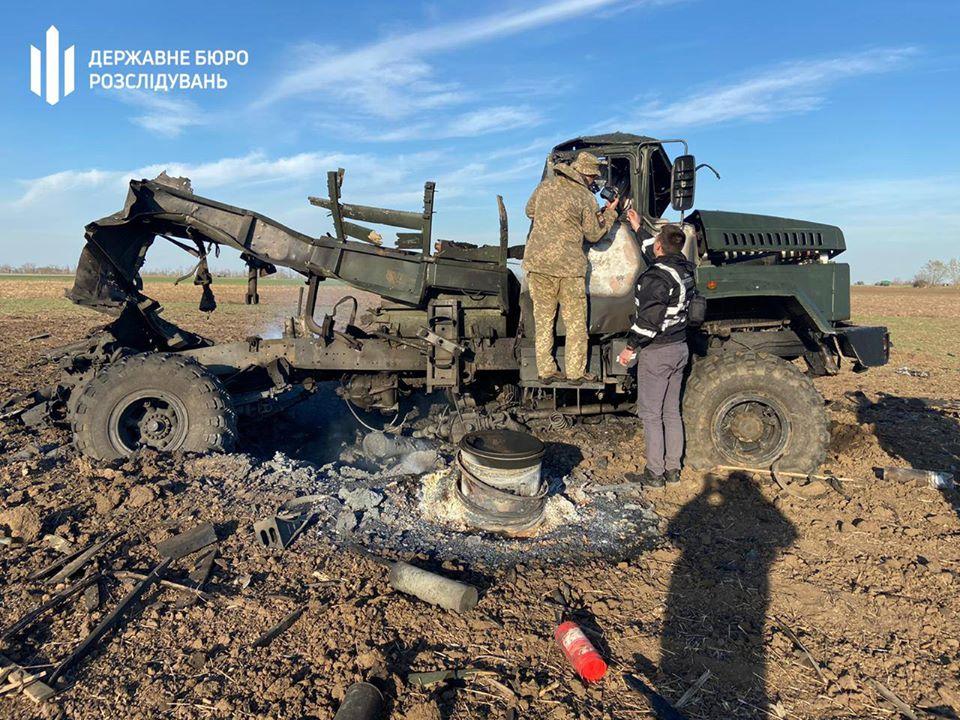 The site of the incident / Photo from SBI

A military KrAZ truck has caught fire and exploded while transporting ammunition in Kherson region.

According to preliminary information, it is exploded at noon on April 16 after the detonation of the ammunition the truck was carrying, the press service of the State Bureau of Investigation (SBI) said.

There were no casualties among military personnel and civilians, it said.

SBI investigators examined the scene of the incident to establish the cause of the fire.

A pretrial investigation was launched on facts of destruction of weapons, ammunition, vehicles and other military property, which caused large-scale damage (Part 1 of Article 412 of the Criminal Code of Ukraine).

If you see a spelling error on our site, select it and press Ctrl+Enter
Tags:News of UkraineexplosionfireammunitionincidenttruckSBI