Reuters: Ukrainian artists live-stream from their studios during lockdown

The online auction is part of a new "Stay Art Home" scheme set up to raise cash for Ukraine's main children's hospital during the coronavirus lockdown. 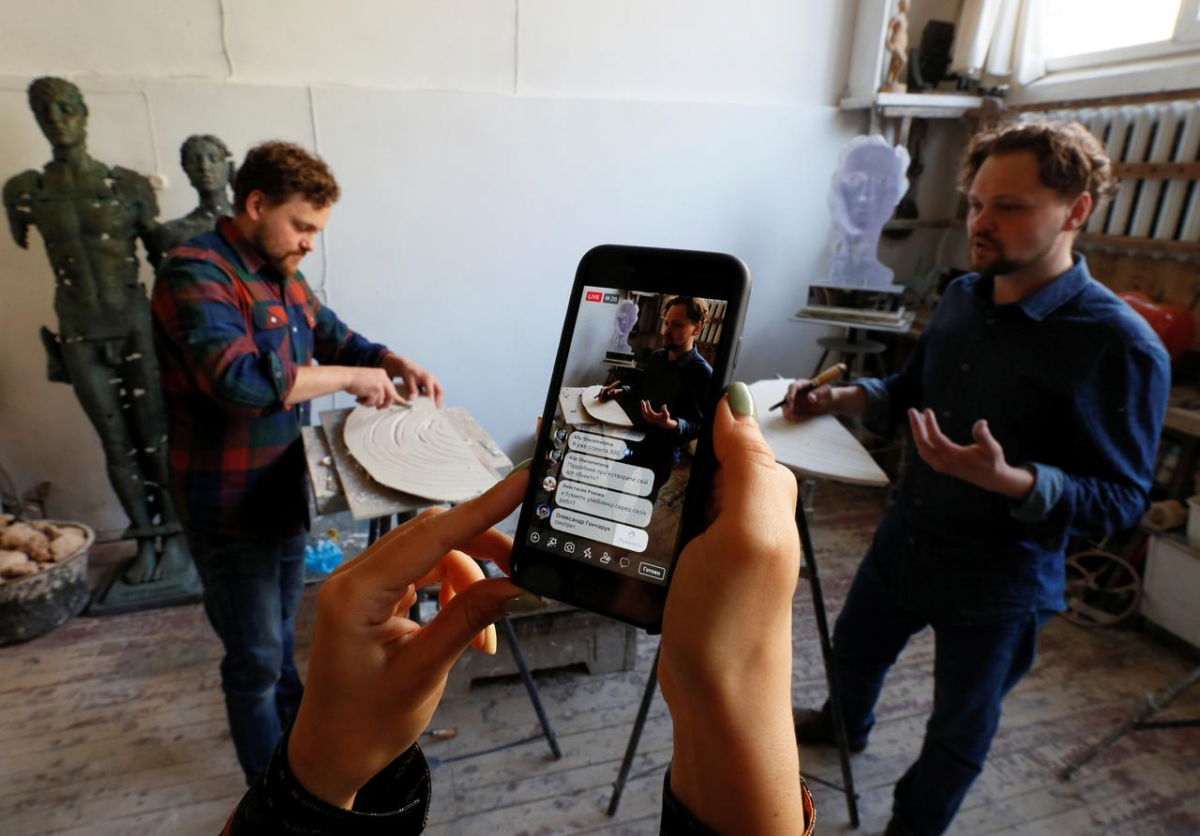 Ukrainian brothers Nikita and Egor Zigura work on their sculpture of a giant fingerprint as art enthusiasts look on via a live-streaming internet link and make bids for the developing work.

The online auction is part of a new "Stay Art Home" scheme set up to raise cash for Ukraine's main children's hospital during the coronavirus lockdown, as reported by Reuters.

Project co-founder Ihor Krivolapov said he had seen musicians and other public figures appearing on social media around the world to raise money and spirits as the pandemic spread.

But many artists had stayed offline, behind closed doors in their studios, he told Reuters.

Read alsoPainting stolen by Nazis from Ukraine during WW2 to be returned from U.S.

"We hope that our initiative will be useful... by gathering money for charity and discovering new opportunities for artists," he added.

Dozens of other artists have joined the brothers in filming themselves making paintings, sculptures and other works while receiving comments and bids from people watching online. Auctions take place every two days.

"We can help people by doing what we normally do, without leaving the studio," Egor Zigura said.

"It is very cool when Ukrainian artists join such initiatives during such tough times. And for that reason, I decided to support them," said the winning bidder Ihor Chernysh.

If you see a spelling error on our site, select it and press Ctrl+Enter
Tags:News of UkraineUkraineauctionartistscoronaviruslockdown