At the same time, the top expert says no precipitation is expected in Ukraine in the next 10 days. 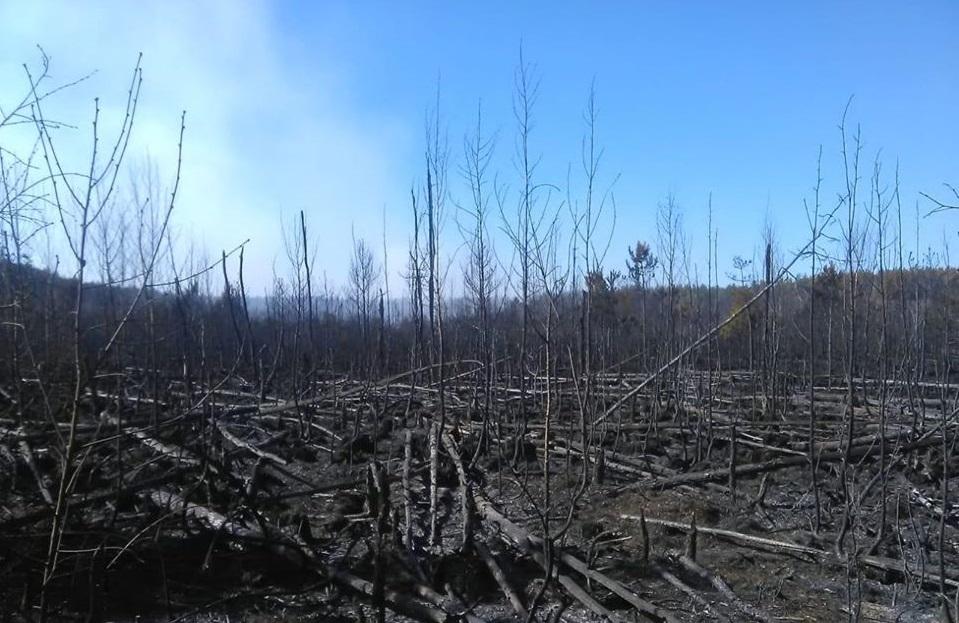 Director of the Ukrainian Hydrometeorological Center Mykola Kulbida says combustion products formed in forest fires within the Chornobyl Exclusion Zone could not get to the capital city of Kyiv despite some media reports suggesting the opposite.

"There were northwest wind gusts. That is, combustion products from the Exclusion Zone could not get into Kyiv. Yesterday's issues were related to a dust storm and the movement of combustion products (also observed this morning) from Zhytomyr region," he said in a videotaped statement posted by the State Emergency Service of Ukraine on April 17.

Kulbida added that there was an increase in wind speeds to 17-22 meters per second yesterday, April 16. Max speed was recorded in Zhytomyr and Kyiv regions, in particular, in the north of Kyiv region and part of the Chornobyl Exclusion Zone.

At the same time, the top expert says no precipitation is expected in Ukraine in the next 10 days, except for the westernmost part of the country. No significant increase in wind speeds is being observed in areas where grass, peat, and forests keep smoldering (max wind speed will be at 7-12 meters per second).

According to Kulbida, non-stop radiation monitoring is carried out at 15 observation points in the Exclusion Zone, as well as at the Hydrometeorological Center's Main Geophysical Observatory. In addition to measuring gamma background, the possibility of radioactive elements spilling into atmosphere and falling onto the land surface is also being monitored by radio spectrometry.

"Among these elements, a microscopic increase in concentration of cesium-137 was recorded, while the level of gamma-ray background, both in the Exclusion Zone and beyond, remained practically unchanged," he assured.

Kulbida advised citizens to limit their outdoor activity, since the processes that have been observed in recent days are causing certain discomfort.

"Therefore, we recommended that you limit your outdoor activity, especially, in the morning. In the afternoon, as a result of the underlying surface being warmed up, air temperature rises and air mass mixing starts, which reduces concentration of harmful substances in the air," he said.