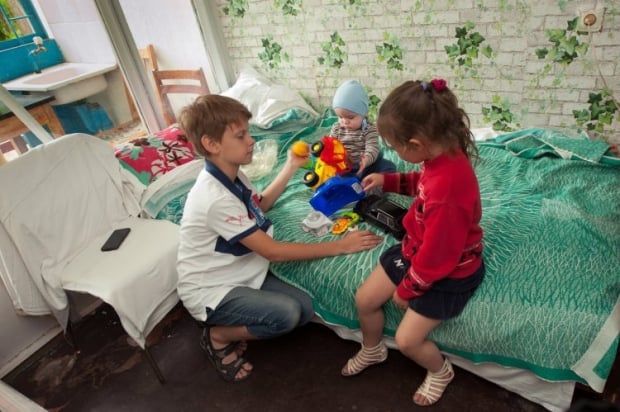 "As of June 15, 2015, according to the structural units of Social protection service of the regional and Kyiv city state administrations, a total of 1.369,644 migrants, or 1.072,964 families from Donbas and Crimea have been registered as IDPs," reads the report.

As reported, a total of 335,000 out of 415,000 families have already received financial assistance. The payments totaled UAH 1.62 billion.

As UNIAN reported earlier, according to Deputy Minister for Social Policy Vitaliy Muschynin, a total of UAH 1.63 billion was allocated to the needs of IDPs in January-June 2015.

According to the press service of the Ministry of Social Policy, the government has allocated nearly UAH 3.4 billion for monthly financial aid to IDPs from Crimea and Donbas in 2015.

According to the Ministry of Social Policy, 60% of IDPs are pensioners, 12% children, and 4% disabled persons.