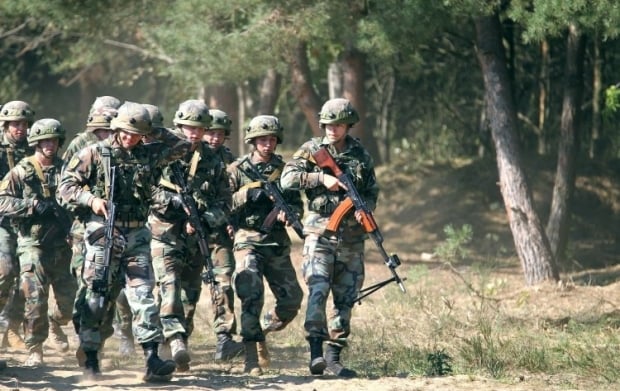 An illustrative image for Rapid Trident 2014 / Photo from UNIAN

"The next large-scale events will be multinational exercises called Saber Guardian/Rapid Trident 2015. They will again take place in the Yavoriv training ground. The Ukrainian side will be represented by 800 soldiers, roughly the same number of participants in the exercises will be from other countries. The largest number of troops will come from the United States, but combat units will also include personnel from the United Kingdom, Poland, Romania, Bulgaria, Georgia, Lithuania," Dolhov said.

In his words, the drills will be aimed at improving interoperability and interaction between the Ukrainian and foreign armed forces.