Shakhtar defeats Fenerbahce with 3-0 win, gets to Champions League playoff 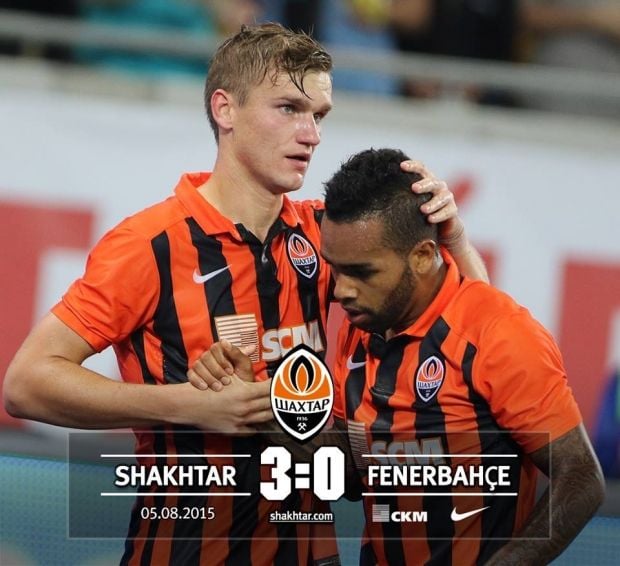 "Shakhtar Donetsk booked their spot in the playoff round of the Champions League by beating Fenerbahce 3-0 in Lviv this evening," U.K.-based SportsMole reporter Alex Meyers wrote.

"Oleksandr Gladkiy gave the hosts the lead in the first half when he turned in Darijo Srna's near-post cross. Srna then doubled their advantage from the penalty spot after Volkan Demirel had brought down Marlos inside the box," Meyers reported.

"Alex Teixeira wrapped up the points three minutes later with a goal on the break, and Simon Kjaer was sent off in stoppage time to complete a miserable night for the visitors," he wrote.

Felix Tsvaer (Germany) was the referee.