Police claim being forced to falsify investigation into Mukacheve incident 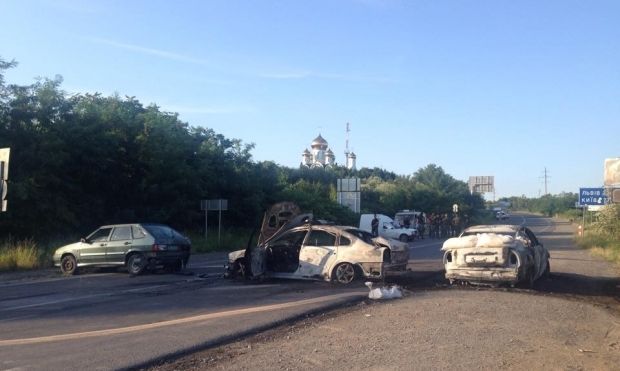 One of the websites has published an open letter of the officers of the criminal investigation unit of Zakarpattia regional division of the Interior Ministry, addressed to MP, member of the temporary inquiry commission of the Verkhovna Rada of Ukraine set up to investigate into the Mukacheve incident on July 11, 2015, Ihor Mosiychuk; U.S. Ambassador to Ukraine Geoffrey R. Pyatt; as well as the media; regarding the immediate involvement of the Interior Ministry officials and administration in Zakarpattia region in the incident; concealment and destruction of evidence of their involvement, according to Mukachevo.net.

Leader of the United Center Party and MP Viktor Baloha has already requested the Prosecutor General of Ukraine Viktor Shokin to pay appropriate attention to the published information.

The police officers attribute the common unwillingness to cooperate with other members of the Inquiry Committee originating from Zakarpattia to close relations of the chief of Mukacheve police Vitaliy Shymoniak and MP Valeriy Patskan who are said to be friends, as well as MP Valeriy Lunchenko with previously convicted leader of Khust criminal group Shymoni (aka Nika), who is directly involved in smuggling of excise goods to Romania.

Baloha believes that all this information should be verified, since it may be relevant to the current investigation of the events on July 11.

According to an open letter, the police officers have regularly received information that the Right Sector possesses heavy weapons, and also information on their supply routes, including on July 11, 2015; as well as other data obtained as a result of operational work, however no measures have been taken.

An investigation should be carried out regarding the actions of the operational division chief Moshak, concerning the transfer of the operational video on events in Mukacheve marked as confidential to Chief of Main Directorate of the Interior Ministry Sharanich, which he later provided to MP Mustafa Nayyem. The latter published them in the public domain. Violation of confidentiality can be proven by an expertise.

In addition, particular concerns are raised in connection with the information that the Interior Ministry instructed to destroy the video materials made during the operational surveillance of the scene on July 11, 2015.

"I believe that the responsibility for death and injuries of people in Mukacheve on July 11, 2015 should be is not only on the actual perpetrators of the crime, but also on all those who violated the law, contributed to this or encouraged others to do so," Baloha stated.