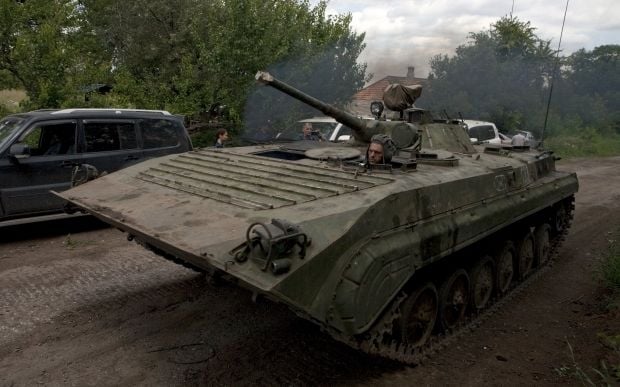 Over 50% of respondents believe the conflict in eastern Ukraine covering parts of Luhansk and Donetsk regions is in fact Russia’s aggressive war. 25.6% of respondents call it a fight between the U.S.  and Russia over influence on Ukraine. 13.6% think it is a civil conflict.

In turn, 8.7% of respondents believe Russia not involved in the Donbas hostilities and is not a party to the conflict. 64.9% of respondents named the "DPR" and "LPR" terrorist organizations that have no right to represent the local population of the named regions. 16.3% believe that they actually can represent the occupied territories.

Read alsoPoll: Ukrainians dissatisfied with ATO pace in DonbasAt the same time 34.5% of Ukrainians say that Ukraine should continue the Anti-Terrorist Operation until full restoration of control over the occupied territories.

28.5% think that these territories should be granted special status, while 19.9% ​advocate the idea of separating the occupied areas of Donbas from Ukraine. 36.5% of respondents supported Constitutional amendments on the special status of Donbas, while 39.2% are against such option.

44% of Ukrainians negatively assess current results of the Minsk agreements, 12% praise them, while almost 23% remain neutral.

The study was conducted on August 7-16, 2010 involving respondents aged 18 years or older from all Ukraine’s  regions, with the exception of Crimea and the occupied areas of Donetsk and Luhansk regions. Theoretical sampling error (excluding design effect) does not exceed 2.3%.