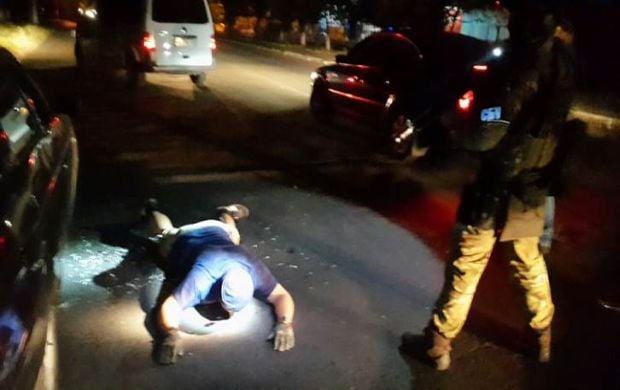 According to the report, four terrorists, who were members of a pro-Russian non-governmental organization, were detained at the crime scene.

"An organizer of the terrorist group, born in Russia's Sakhalin region, together with accomplices, residents Kyiv and Kyiv region, planned terrorist attacks in the capital... The terrorists were detained near the humanitarian aid reception station for the ATO fighters. The station is located on the ground floor of a multistory apartment building... The criminals resisted arrest – they detonated a grenade near the reception station. In response, law enforcement officers used their service weapons - one of the terrorists was wounded in the leg," the report says.

As reported, law enforcement officers seized items which could be used for terrorist attacks in the capital. Thus, they managed to prevent significant threat to life and health of Kyiv residents.

According to the SBU press center, while attempting to commit an act of terrorism, the criminals turned off their mobile phones, used portable radio transmitters, and planted fake registration plates on their vehicle .

Read alsoSBU slams terrorism financing scheme in KharkivAs it was established, after the attack, the organizer of the terrorist group was supposed to leave immediately for the Russian-occupied Ukrainian territory of Crimea.

According to some Ukrainian media, the terrorist group planned to blow up an apartment building in Obolon district of Kyiv.

The SBU opened criminal proceedings under Part 2 of Article 258 of the Criminal Code of Ukraine (act of terrorism).