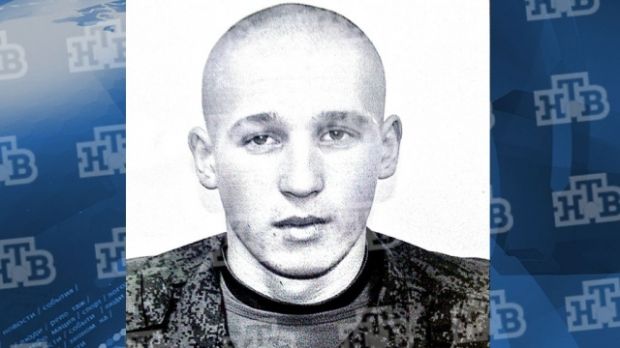 The picture depicts one of the two detainees, according to the Russian media / screenshot

"The eldest [of the two brothers detained on September 12] is a deputy commander of a 3rd platoon  of the 2nd company of a separate tank brigade of a mechanized infantry battalion (military unit No.54096). He is a contracted soldier serving in a military unit located near the village of Mulino in Nizhny Novgorod region of the Russian Federation," the SBU reported.

Read alsoGeneral Staff: Russia accuses others of what it does itselfThe SBU identified the detainees as brothers, citizens of the Russian Federation, born in 1990 and 1993, from the village of Glubokoe in Petropavlovskiy district of Russia’s Voronezh region.

The press center reported that the two brothers [the younger is unemployed] drove to the border line in a vehicle, then illegally crossing the border on foot.

Further investigation is underway, to find out real intentions of the two men illegally crossing into Ukraine.

Read alsoOSCE: Three Ukrainian soldiers abducted by 10 people in military uniforms in two carsThe initial report of the State Border Guard Service of Ukraine stated that the two detainees were spotted moving inside the Ukrainian territory which was controlled by the Melove border guard unit.

"The fact of border violation was recorded with the help of a night vision device. The detainees were wearing military uniforms without insignia,” stated the State Border Guard Service. During inspection, a Russian military ID belonging to one of the perpetrators was discovered, according to the report

Russian Ministry of Defense later stated that Ukrainian security officials “abducted” Viktor Barsukov, Russian military contractor, and his brother Nikolai in the Russian village of Chertkovo, where the two men were visiting their relatives, according to the Russian media, UNIAN has reported earlier.

On September 13, the court ruled on a 15-day pre-trial arrest of the detainees.