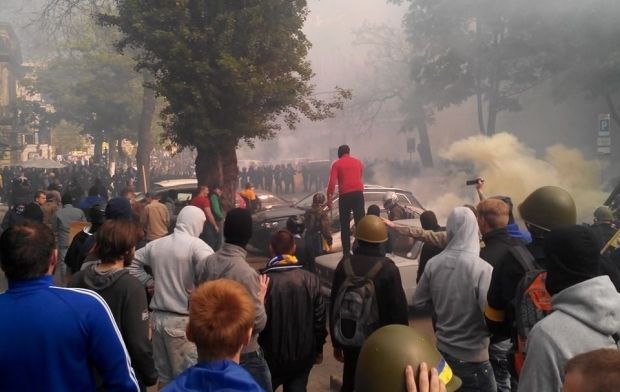 The panel of judges, headed by Andriy Bitov, did not support arguments of the Prosecutor General's Office and a regional bureau of forensic and medical expertise. The court admits that there is a significant public interest in experts' conclusions, which have been made in the framework of criminal proceedings. The police, prosecutors and the regional bureau of forensic and medical expertise were not able to justify a need to limit access to this information.

Thus, a ruling of the District Administrative Court has entered into force. In accordance with the court ruling, the regional bureau of forensic and medical expertise is required to provide journalists, at their request, with copies of the relevant documents without specifying names and other identifying information of the victims and experts.

According to Dibrov, this is the first judgment of its kind in Ukraine. Despite the fact that the Law of Ukraine "On access to public information" expressly provides for transparency of information in cases where the public interest outweighs interests of the investigation, all the materials of the criminal case are automatically classified according to the established practice.

Asked about possible reasons for reluctance of law enforcement agencies to make public those documents, Dibrov suggested that the prosecutor's office does not want to lose its monopoly power with regard to information obtained in the course of criminal investigation. As far as forensic and medical experts are concerned, Dibrov does not rule out that the bureau is seeking to prevent independent examination of actions of the experts, the completeness of their studies and the reliability of their findings.

As UNIAN reported earlier, on May 2, 2014 clashes between pro-Russian and pro-Ukrainian activists erupted in Odesa, killing shortly several people in the center of the city. After that the pro-Ukrainian activists came to Kulikovo Field, in a camp of pro-Russian citizens. The Trade Unions House located on Kulikovo Field with many people inside was set on fire. Some burned to death, while others suffocated or jumped out of windows. A total of 48 people died in Odessa's violence and about 300 others sustained injuries.

UNIAN memo. The "May 2 Group," a collection of journalists and experts who have conducted an independent investigation of the events that took place in Odesa on May 2.