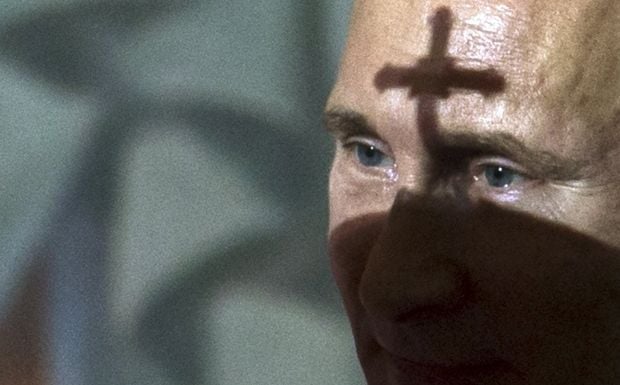 “In the so-called Donetsk and Luhansk People’s Republics proclaimed by Russian-backed militants “the separatists have kidnapped, beaten, and threatened Protestants, Catholics, and members of the Ukrainian Orthodox Church of the Kyiv Patriarchate, as well as participated in anti-Semitic acts,” reads the report.

Besides, “in the wake of the Russian Federation’s occupation of Crimea, religious minorities, in particular members of the Ukrainian Orthodox Church of the Kyiv Patriarchate (UOC-KP), the Ukrainian Greek Catholic Church, and Muslim Tatars, have been subjected to harassment, intimidation, detentions, and beatings,” the report says.

Read alsoCrimean Tatars ask global community to recognize Russian policy as genocide“Russian occupation authorities ordered all religious groups to re-register with the Russian government or face losing their legal status. The occupation authorities also seized control of UOC-KP religious property and raided mosques, confiscated literature they deemed ‘extremist,’ and formed a Crimean Tatar organization as a rival to the authentic representative body of the Crimean Tatars in order to supplant the local Muslim leadership,” say the US officials. “Some religious leaders, including the region’s chief reform Rabbi, were threatened and fled in the initial days of the occupation, while many Catholic Priests and nuns and Turkish Imams were denied residency permits and had to leave.”

Similar situation is reported to have been happening in Pakistan.

Anti-Semitism continued to be a major problem around the globe with increases in anti-Semitic incidents recorded in many countries, according to the US State Department.