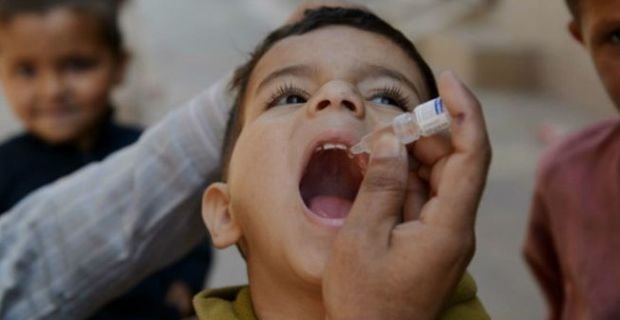 Immunization takes place in every children's clinic, as the vaccine has already been delivered to all regions of Ukraine / www.bbc.com

"In order to defeat polio, all children between the ages of two months to six years are to be vaccinated against polio with oral polio vaccine (OPV), in two stages. The third stage will include vaccination of children aged from two months to ten years," says the statement.

The press service noted that children who had not been previously vaccinated against polio, will get their first vaccination with inactivated polio vaccine (IPV), and another OPV vaccination within the next two weeks, in the framework of supplementary immunization.

Read alsoNumber of registered IDPs in Ukraine close to 950,000According to the chief pediatric immunologist in Kiyv, Fedir Lapiy, immunization takes place in every children's clinic, because the vaccine has already been delivered to all regions of Ukraine.

"OPV has a confirmed quality, safety and efficacy profile. OPV vaccine protects against being infected with poliovirus of any type, stops the transmission of a vaccine-related poliovirus among the population," said the immunologist.