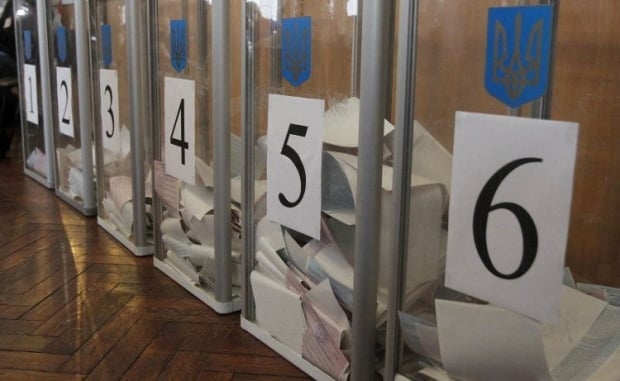 Borys Filatov, an UKROP party member, tops the list of the candidates for Dnipropetrovsk's mayor with 39.1% of votes. 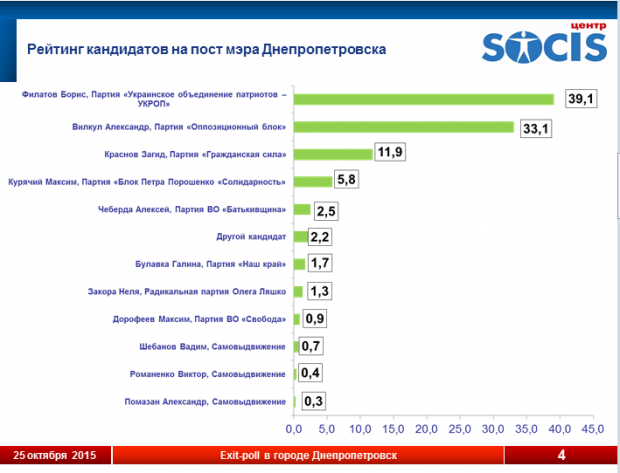 The rating of candidates for Dnipropetrovsk mayor / SOCIS screenshot

He is closely followed by Opposition Bloc leader Oleksandr Vilkul who once faced charges with separatism propaganda in Donbas. Vilkul scored 33.1% of votes.

Chairperson of the Hromadska Syla Organization and entrepreneur Zagid Krasnov was backed by 11.9% of voters, member of the Bloc of Petro Poroshenko Maksym Kuriny by 5.8%, and Batkivschyna Party member Oleksiy Cheberda by 2.5%.

Other candidates for Dnipropetrovsk mayor did not manage to win at least 2% of votes.

According to the exit polls, Filatov and Vilkul will compete in the second round of the mayoral elections, which is to take place on November 15. 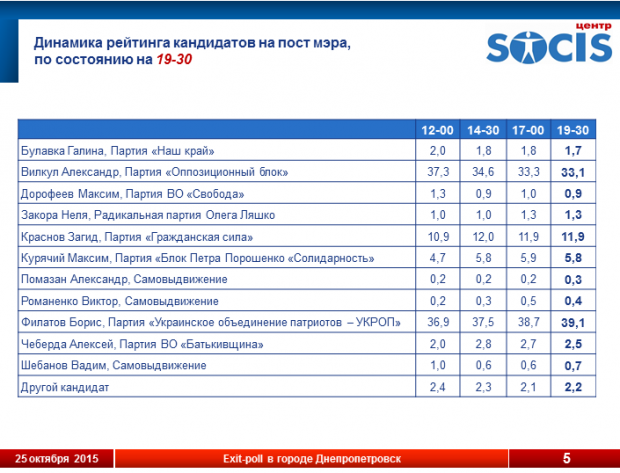 Change in the rating of candidates for Dnipropetrovsk mayor / SOCIS screenshot

The political force that has most likely won more seats at Dnipropetrovsk City Council is the UKROP party with 31.7% of votes, followed by the Opposition Bloc with 30.1%. 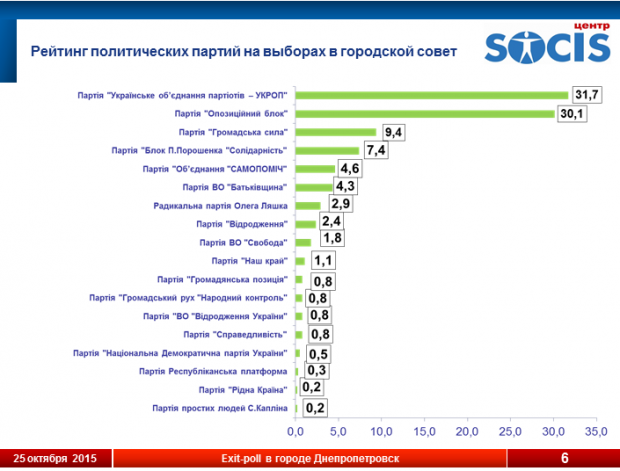 The exit poll was conducted at 76 polling stations on the polling day, October 25, and engaged 4,085 voters.